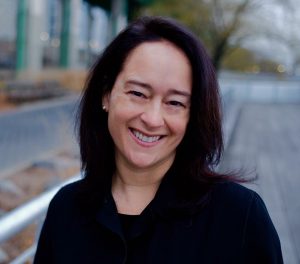 Heather Gautney, who describes her book “Crashing the Party,” as half op-ed, half policy analysis of the 2016 presidential election

Heather Gautney, Ph.D., felt the “Bern.” And now she wants to share what she learned from it.

In her just-published book, Crashing the Party: From the Bernie Sanders Campaign to a Progressive Movement (Verso, 2018), Gautney, an associate professor of sociology at Fordham, detailed what it was like to work with Sen. Bernie Sanders, I-Vt., as he campaigned for the 2016 Democratic party presidential nomination. Gautney had previously worked for Sanders when she was an American Sociological Association Fellow during the 2012-2013 academic year and joined his campaign in 2015 as a researcher.

She described the book as half policy analysis, half op-ed, with a particular emphasis on the lessons the Democratic Party should take from Sanders’ surprisingly strong showing in the primaries and the triumph of Donald Trump over Hillary Clinton. Although Sanders ultimately lost the nomination to Clinton, Gautney said his candidacy exposed what she called the contradictions of the Democratic Party’s platform for the last four decades.

“What his campaign did was expose that at least half of the Democratic Party are really people who identify as progressives or support a progressive agenda, and since he ran, I think we’ve been seeing a real shift toward supporting that agenda,” she said. 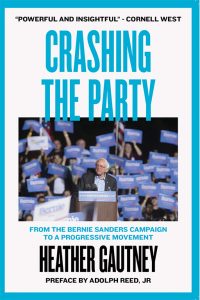 As evidence, she pointed to proposals to expand Medicare to all U.S. citizens. Sanders has been promoting the idea for years with little success, but this past year, the plan had 16 co-signers, including Sen. Kirstin Gillibrand, D-N.Y.

To some extent, Gautney said she feels that the fact that Trump won is evidence that the party should reconsider issues that Sanders and Democratic leaders butted heads on, such as trade, free education, and universal healthcare.

A “neoliberal agenda that promotes growth, prosperity for all, the wonders of globalization and consumerism and the high-tech future” has left many people behind and cost Democrats voters in places like Wisconsin, she said.

“There’s been lots of glossy language about the wonders of free trade, and yet this was a huge issue in 2016 for people [who opposed it]in Midwestern states,” she said.

A Revival for Ideas Past

Gautney said she was as surprised as anyone else that Sanders got as far as he did and viewed his popularity with millennials as proof that the time is right to promote his agenda. This would have been true even in the event of a Clinton victory, which Gautney assumed would be the case when she started writing the book. To those who say the notion that free education is a radical idea, she noted that City College of New York, her alma mater, was once tuition-free.

“These are things that in some way or form have existed, so Bernie’s goal has been to say that. We are the wealthiest country on earth, we can achieve these things, and we can take care of our people,” she said.

Gautney devoted a chapter to the schisms between the Sanders and Clinton camps that were never fully healed. In another, she elucidates the difference between social movements and elections. She also delved into the outreach efforts that Sanders embarked on after the November election to help him get a better handle on why former Barack Obama voters in battleground states then voted for Trump.

It was sobering, she said, because so many of the promises that Sanders had campaigned on—like more money for social security and stronger support of Medicare and Medicaid—were ones Trump embraced as well, and these voters chose to support Trump. She contends that class has a lot to do with it.

“Over the last three or four decades, a class perspective has increasingly been taken off the table, and one of the things that this 2016 election did was put it firmly back on. I argue that class is really a fundamental organizing principle of this election season, on both the right and left,” she said.

The takeaway of the book should be of interest to partisans on both sides of the aisle, she said.

“I think it’ll be interesting as a sort of historical accounting for this kind of moment, and one that reaches back into the 1970s and then reaches forward to 2020 and maybe even beyond.”

Gautney will discuss her book with Adolph Reed Jr. and Cornel West on May 16 at the Borough of Manhattan Community College. For more details, visit the event website.