skip to main content
Return to Fordham University
You are at:Home»Politics and Society»Scholar Reframes Debate About Racism
Photos by Michael Dames
You cannot be “not racist.” If you are not anti-racist, you are racist. And no, it doesn’t matter what your intentions are.

That was the challenge that Ibram Kendi, Ph.D., laid out for an audience at Fordham’s Rose Hill campus on Thursday, Feb. 21.

“The heartbeat of racism is denial,” said Kendi, a professor of history and director of the Antiracist Research & Policy Center at American University.

“One of the reasons why we are constantly concerned about [people’s] intention is because Americans are constantly trying to find ways to deny racism.”

A Valuable Lesson From The Past

Kendi, the author of the forthcoming book, How to Be an Antiracist (One World, 2019) noted at the outset of his talk, “Building Antiracist Institutions,” the appropriateness of delivering it 54 years to the day after Malcolm X was assassinated in Harlem. What Kendi said he admired most in the civil rights icon was his ability to constantly reflect on his own ideas.

“When we’re thinking about being an anti-racist, one of the most essential aspects is having the capacity to look in the mirror and see ourselves for ourselves, be willing to identify what we see, have the courage to say we don’t like what we see, and have the ability to begin to change,” he said.

When we look within ourselves, he said, we need to ask ourselves a question that we’re not used to asking. Instead of asking, are we acting with racist intent when we interact with someone different from us, we need to ask, do our actions perpetuate or result in policies that are racist?

The way to tell the difference is simple, he said. If an idea suggests that any racial group is superior to another, it is racist. And racism, Kendi added, can be found even within seemingly similar groups of people. Wealthy African Americans, for instance, can be every bit as racist toward poor African Americans if they support laws they disproportionally punish them more harshly than say, poor whites. 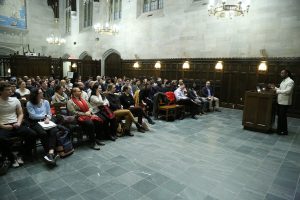 Don’t try to decipher what a persons’ intent is, Kendi said. Focus on the outcomes of their actions.

In fact, the history of people promoting racist policies while denying racist intent goes back as far as recorded history.

“When slaveholders were saying things like, black people were the cursed descendants of Ham, and people were challenging them, they’d say, ‘That’s God’s law. I’m not racist.’ They didn’t use the term racist, but they used other terms of that time,” he said.

Jim Crow laws were upheld because they were believed to have validated the “natural order” of African Americans being inferior, Kendi said. And more recently, he added, African Americans were incarcerated in large numbers under the pretext that they were “super-predators” whose communities are inherently dangerous; defenders have pointed to crime statistics to assert that they’re not racist.

“The fundamental objective of racist ideas and those who produce them is to make you and I think that the racial problem is not the policies,” he said, but rather that “the cause of the problems of our society are other people.”

“So, we spend our time fighting with other people who don’t look like us, and sometimes even do look like us, thinking that they’re the problem, as opposed to challenging those racists policies.”

Ignoring intent and focusing on effects also allows for more nuance when dealing with people, he said. It acknowledges that everyone is trained from birth to rank differences between themselves, and that the goal is to acknowledge differences and simply accept them. And far from being static, people can veer from being racist to being antiracist, depending on the situation.

“It also allows us to see that each and every one of us has the capacity to change, to be an anti-racist.” 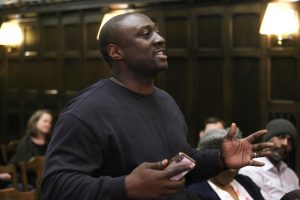 Mount Vernon resident Severin Cornelius wondered whether one can be a true anti-racist and also be pro-capitalism.

In a lively Q&A session, Kendi, whose appearance at Tognino Hall was sponsored by Fordham’s Office of the Chief Diversity Officer, tackled an array of topics ranging from black-on-black racism, affirmative action, and why a movement like Black Lives Matters could flourish at the same time that the nation had a black president.

Severin Cornelius, a community member from Mount Vernon who sat in the second row, asked if a truly devoted antiracist could also be pro-capitalism. The answer, Kendi said, was no. That’s because even though many socialists insist that class should always take precedence over race, ultimately, capitalism and racism emerged together, evolved together, and are forever intertwined, he said.

Black elites, he said, confront the economic differences within their “racialized class” and assume that blacks who are poor simply don’t work hard enough and don’t have enough education. 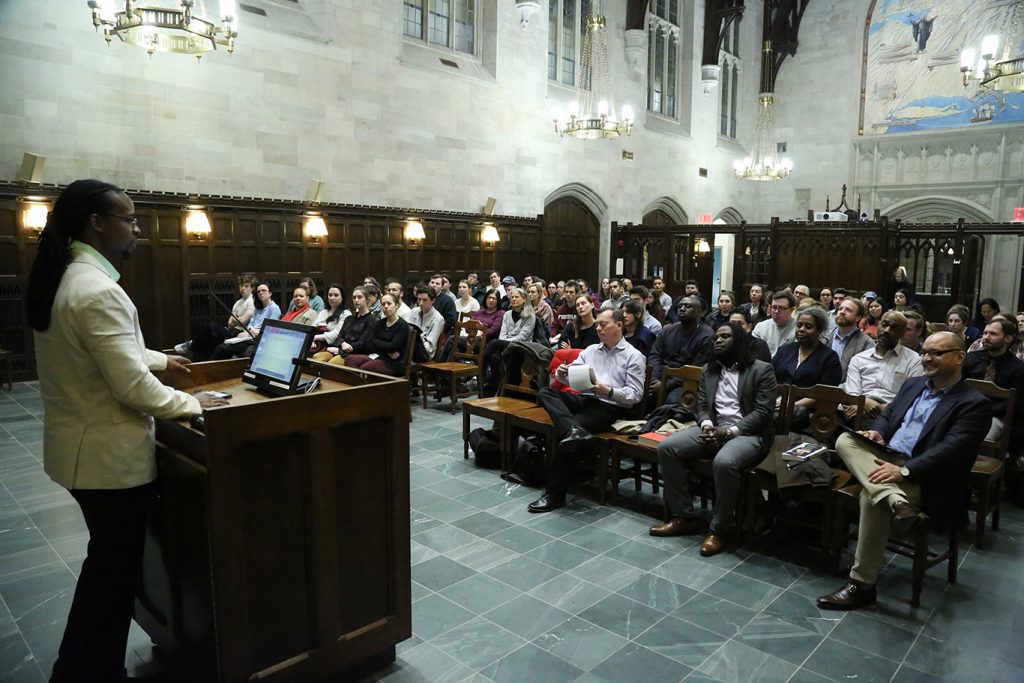