skip to main content
Return to Fordham University
You are at:Home»Editor's Picks»Psychologist Examines Narrative of Resilience for Pandemic Times

As the curtain rises on a new year, the challenges we face are unfortunately familiar ones, thanks to the emergence of the Omicron variant of COVID-19.

Andrew Rasmussen, Ph.D., is an associate professor of psychology who studies trauma and psychosocial stressors in humanitarian disasters. We talked with him about his thoughts on getting through the coming months.

Q: The word resilience has been bandied about more than usual recently. Do you think that the pandemic has changed the understanding of the word? 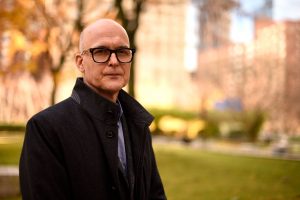 A: I think that the pandemic has taken the word resilience back to its initial meaning in psychology. It had become a somewhat cheapened version of its former self prior to the pandemic. In psychology, it’s a concept taken from engineering where, if a material is resilient, it can bend, but it won’t break. It had become like, “Oh wow, this person had a hard day, but you know what they feel okay today. So, they’re resilient.” No, it’s more than that.

Q: Your research has involved talking to refugees who’ve moved to new countries, both voluntarily and involuntarily. Their experiences are obviously much more extreme than anything most of us will go through, but is there anything we can learn from their experiences?

A: What the refugee experience does most often for me is it reminds me that humans are adaptive creatures. That’s one of our cardinal assets and our evolutionary advantages. A lot of people point to our cognitive abilities relative to our other primate cousins, but really, it’s our ability to rebuild after going through major life changes. I see it among the refugees and low-income immigrants that I have worked with over the years and particularly among those who I’ve worked with in the last two years where they’re dealing with COVID stress as well as all the other things that they’ve dealt with.

Q: What does the field of psychology have to say about resilience?

A: Psychological research says that it’s a little bit more normative than you would think. When faced with severe loss or trauma, most people do okay after a period of grieving and loss. You can think about the way that almost everybody in New York City felt from about March 2020 to May. There was this sort of palpable sense of fear and the sort of eerie silence to the city. A lot of people were isolating and staying inside their apartments. The tales of the first responders and the health workers were harrowing, but sometime around May or June, people started coming out. That is a narrative of resilience in as much as it’s a narrative of troubled times.

Q: Talk to me about the role of fatalism versus optimism. You’ve done research recently that highlighted how that could play a role in people’s behaviors.

A: As the result of a couple of really enterprising undergraduates, we launched a survey of Fordham undergrads and asked questions about various protective behaviors, and also their intentions to get vaccinated. As we expected, there were some gender differences, but the biggest factor in all of this was the sense of fatalism.
We found that the idea that your health was just out of your own hands contributed to whether you were more or less likely to wear a mask and your plans to get vaccinated. If you had a “Well, if I’m going to get it, I’m going to going to get it” sort of attitude, that was the number one predictor of how much people adhered to preventive behaviors. So the quicker we can get across this message of, “We’re going to be OK if we do X, Y, and Z,” the more that instills some sense of optimism and agency among other people, and fights against fatalism.

A: It’s a bit of a self-fulfilling prophecy. You might think, “I know I should be wearing my mask, but we don’t really know much about this stuff, and there’s always new variants and it’s really not up to me.” These attitudes are attractive because they allow us to be a little bit lazy and not spend so much energy on things that we don’t want to spend energy on in the first place. But once you do that, you get sloppy about prevention, then you’re more likely to get the virus. Then you say, “See, I couldn’t have done anything.”

But if you say, “I really should be doing this” or you’re talking to your friends and they say, “There’s nothing you can do anyway,” you might respond, “You might think that, but I still want you to wear a mask when we’re in the same room together because I know that it can help you.” That kind of attitude doesn’t have consequences just for individuals, it has consequences for social interactions as well.

Q: This would seem to run counter to the notion of rugged individualism that is cherished by Americans.

A: That study with Fordham undergrads and my other work revolves around culture and individualism and collectivism. Are you somebody who is completely individualistic? This is, of course, a mainstream idea. It allows people to say, “I’m going to make my decisions about whether I should get the vaccine or not, and it really shouldn’t matter what anybody else thinks or what anybody else does.” But actually, vaccines work because other people take them. It’s not just about what you think. The way that people think about their relationship to the culture they’re in is important in determining what health behaviors they’re practicing.

Q: How can we each help each other continue to bounce back in the face of change?

A: If we’re going to be supportive for resilience purposes, to bounce back as a society, we need to listen to people’s objections as to why they won’t do what are essentially non-intrusive prevention measures like wearing a mask, getting tested, or getting a vaccination.

At the same time, there are plenty of people for whom just listening and having conversations isn’t going to work. Maybe this is reflective of my own American individualism, but I don’t like the idea of telling people that they have to do something. I do think there’s a place for mandates though, in that they allow people to say, “Well, I didn’t really want to get vaccinated, but I guess I have to in order to keep my job.” But even in that case, it needs to be like, “Yeah, you know what? I know it’s tough.” It’s knowing we’ve all had to do things we don’t want to do.

There still needs to be the openness for listening to people who don’t want to engage in these things. I think that’s how we support each other.