skip to main content
Return to Fordham University
You are at:Home»Politics and Society»Professor Slams ESSA as Common Core by Another Name

Nicholas Tampio, Ph.D., associate professor of political science, made an impassioned plea for New York State to reject participation in the Every Student Succeeds Act (ESSA), saying it does little or nothing to stem the growing takeover of education by the federal government.

Speaking at Fordham Law School as part of the Education Law Collaborative’s first education law conference, Tampio made the case that, despite ESSA provisions that allow states to opt out of Common Core, as a practical matter it is no different.

“ESSA requires states to remain within the standards, testing, and accountability paradigm . . . if they want Title I funds.”
That means that if a state wants to follow a more original model of educating, such as the John Dewey model, they forfeit federal funding. “John Dewey said standardized tests can only be useful to help us figure out how to help a particular child, but they shouldn’t be used to rank children, because children have all sorts of special gifts, talents, and interests.”

In his talk, “ESSA and the Myth of Return to Local Control,” Tampio traced the evolution of education reform in the United States, including the programs Nation at Risk (1983), Improving America’s Schools Act (1994), No Child Left Behind (2001), and Race to the Top (2009). ESSA, which was signed by President Obama in 2015, ostensibly reversed the trend toward federalizing education, but Tampio said it has not been effective.

That’s important, he said, because. A top-down approach squelches local control, and students should feel like their voices and opinions are valuable.

“Part of a democratic education is to get kids to learn about the world, and feel empowered that they have a voice in it,” he said.

“All the research confirms that when parents are involved, students do better. And yet, if they don’t have a voice other than what color cupcakes to bring to the PTA, they’re not going to be active in [local]school boards,” he said.

In New York, the Department of Education has renamed Common Core the “Next Generation Learning Standards,” but on issues of standards and accountability, Tampio said, they’re largely the same. Seventy-sevent percent of the existing Common Core standards will have no change whatsoever, and “clarifications” have been issued for just 15.9 percent of them. In order to receive $1.6 billion in federal funds, the state must comply with the changes and submit them to the federal government next month.

“When ESSA was signed in 2015, most states already adopted Common Core. The question [should be]what is the federal government going to do to help facilitate states trying to exit the Common Core?” he said.

“[It] is an incredible burden for any state to choose an alternative, and I don’t think we’re going to see any.

“I’d be delighted if they did, because it would be a road map for every other state on how to do it,” he said.

Tampio, an education activist, claims that Common Core standards, with its test-based model, do little to develop creativity and independent thinking in developing children. 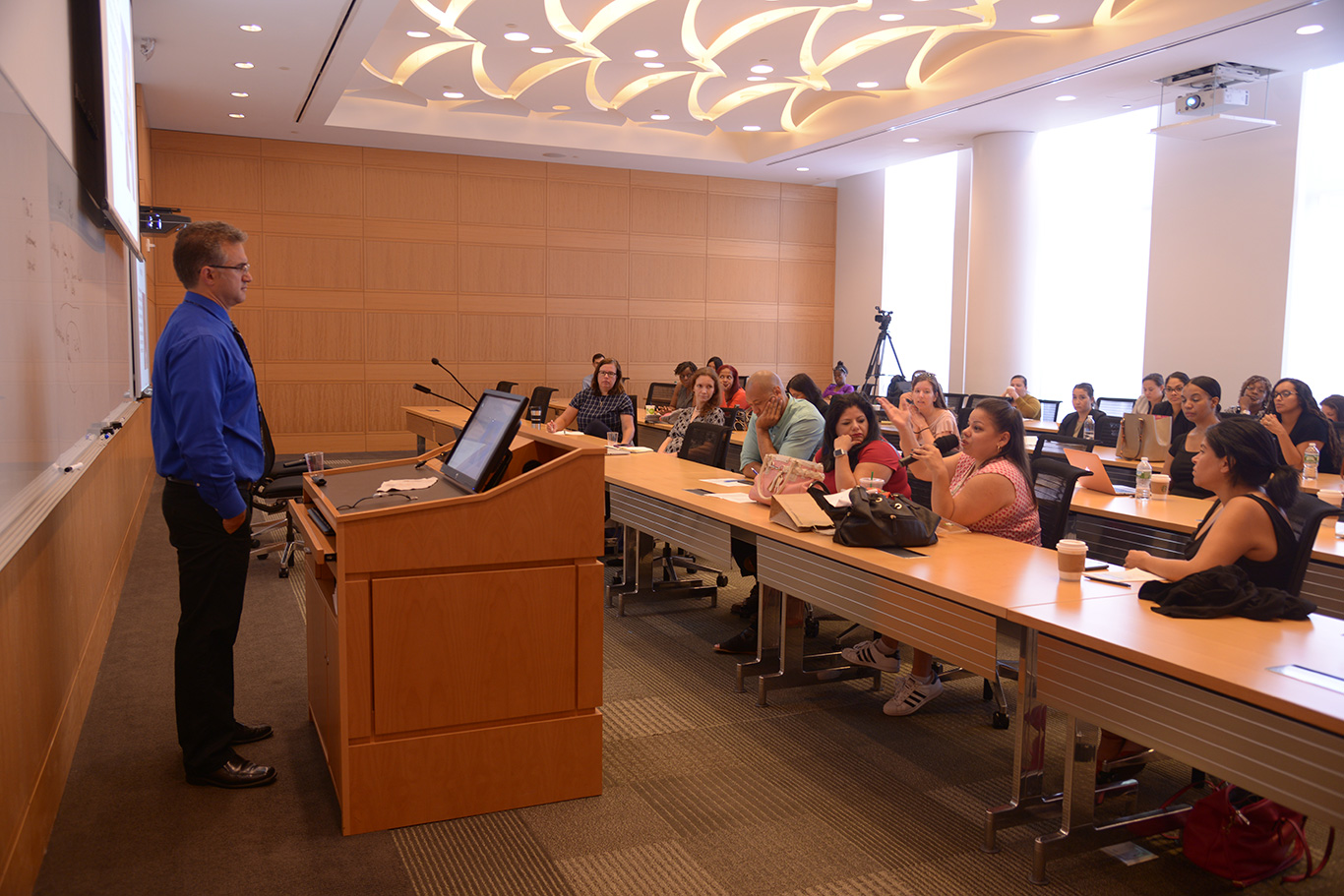 The day long conference also featured speakers from The Education Trust of New York, and principals from two public schools in the Bronx.