The Internet is swirling today with news of new normalized relations between the United States and Cuba. We asked a couple of Cuban-born members of our faculty for their take.

Orlando Rodriguez, a professor of sociology, immigrated to the United States four years before the Cuban revolution began. He says “all in all, it’s a good thing for the Cuban people.

“There will certainly be more economic opportunity for them, although ironically they will most likely lose their privileged status in United States U.S. immigration policy. More than anything, I’m worried about threats to Cuba’s ecology under normal tourism. And like in China, having friendly economic relations doesn’t mean that the benefits spread evenly to the poorest,” Rodriguez says.

(Check out this 2003 piece Rodriguez wrote about sociology in his homeland.) 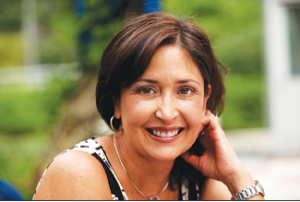 The new U.S.-Cuba relations has raised research questions for Rose Perez, an assistant professor at Fordham’s Graduate School of Social Services, whose work throughout the past few years led her to interview several older Cuban-Americans who left Cuba in the early years following the 1959 revolution.

“Most told me they would only return to Cuba to visit if Cuba returns to a democracy,” she says. “I’ve been wondering all day how they are feeling.”

While interviewing her subjects in 2011, Perez found that many still hold poignant feelings about leaving the island.

“There is a strong attachment to the culture,” Perez said in an interview with Inside Fordham in 2013. “A lot of the participants I interviewed were the ones whose lives were changed by the Cuban revolution [which brought Fidel Castro to power], so they all describe this collective frozen grief about the year 1958 and they remember Cuba as a paradise. For them, it’s like a paradise lost.”

During the interviews, the participants’ grief manifested often. All had Cuban memorabilia in their homes and many of them said they dream of returning to the island one day when Castro’s system of government has ended.

Perez links their homesickness to the theory of ambiguous loss, a kind of loss that can paralyze the grieving process and prevent closure. It signifies that either the lost person, place, or thing is physically absent, but psychologically present—for instance, a mother longing for a missing child; or the lost person, place, or that the thing is physically present, but psychologically absent—for instance, a husband grieving over a wife with dementia.

The first of these definitions applies for Cuban immigrants, said Perez.

“Cuba is physically gone for them but it continues to have a psychological presence, and this important story has yet to be explored in research,” Perez said. “Something I might look at is measuring this experience of loss and its ramifications on well-being in a scientific way….”

Perez has a forthcoming article on this work, which will be published in the Journal of Human Behavior in the Social Environment in January 2015.