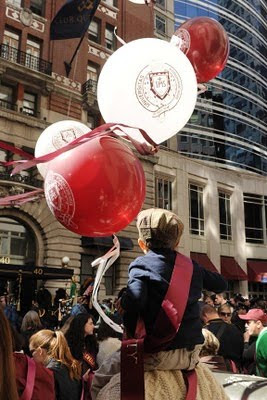 “When you march along Fifth Avenue,” said Paul Reilly, FCRH ’80, “the crowd just loves you. You’re like a rock star. The warmth you feel coming from the sidewalk is amazing. Everybody on Fifth Avenue knows someone who either went to Fordham, or knows somebody who wishes they went to Fordham.”

For the former classmates, it was a return to form. They marched in the parade four years straight as members of Fordham’s ROTC program.

“We’re really just continuing what we did back then,” said Winkler, a retired colonel in the U.S. Army and a 2008 inductee into the Ram Battalion Hall of Fame. “But it’s still a great honor.” 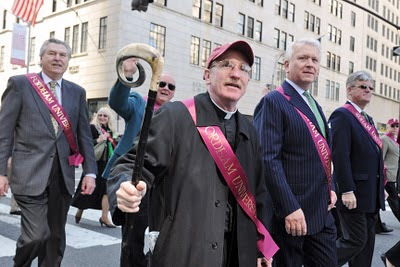 Earlier that morning, alumni gathered at the Princeton Club for a pre-parade brunch, hosted by the University’s Office of Alumni Relations. Christopher Maginn, Ph.D., director of Fordham’s Institute of Irish Studies, and Joseph M. McShane, S.J., president of the University, addressed the group before a performance by the Broome County Celtic Pipes and Drummers, which included Fordham alumnus Paul Sweeney, FCRH ’84, and his son, Patrick, a sophomore at Fordham College at Rose Hill.

“This morning, after I delivered the homily at St. Patrick’s Cathedral, I prayed at the crypt of [Fordham’s founder, Archbishop] John Hughes and thanked him for the crazy notion of a dream he had 170 years ago,” Father McShane said. “I thanked him for the great grace of Fordham.” 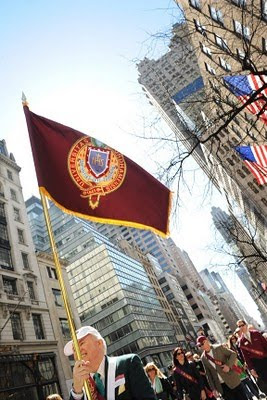 With this grace in mind, Fordham alumni throughout the tri-state area traveled to New York for a chance to march with their alma mater.

Denis Dineen, FCRH ’74, drove all the way down from Albany. “It’s long day, but it’s worth it,” he said, before marching in his third parade. “It’s a chance to get down to New York City and be among some of my Fordham friends and fellow alumni.”

Though he only traveled across town, Matt Sheehan, a third-year student at Fordham Law School, appreciated the significance of marching with Fordham.

“I just wanted to be a part of the day,” he said. “I’m happy to represent Fordham and celebrate the day with friends, Fordham alumni and my fellow Irishmen and Irishwomen.”

Some more images from the day, courtesy of Chris Taggart. 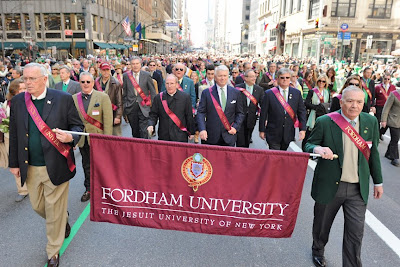 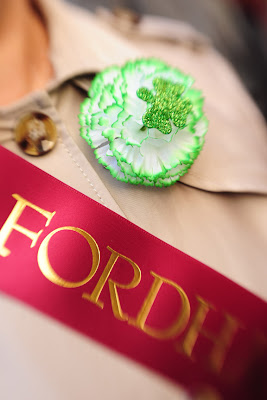 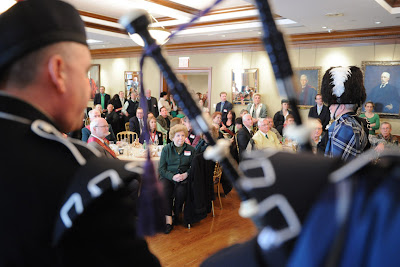