skip to main content
Return to Fordham University
You are at:Home»Inside Fordham»Lectures and Events»Mexican Ambassador Declares DACA Reversal a Loss for U.S.

Ambassador Diego Gomez-Pickering, consul general of Mexico in New York, said the recent decision by President Trump to end the Deferred Action for Childhood Arrivals (DACA) program amounts to a loss for the United States.

“That would be the greatest transfer of human capital that we’ve seen in recent times,” he said of the move that would send 800,000 law-abiding, economically productive U.S. residents to Mexico. “It would transform Mexico in a very positive way, but of course this isn’t what the DACA recipients want. They’ve spent most of their lives in the United States, and even though they were born in Mexico or other countries, they believe this is the country they call home.”

In a wide-ranging Q&A at the Rose Hill campus on Oct. 3, Gomez-Pickering lamented the fact that in the United States, the word “immigrant” has become synonymous with “criminal.” He detailed his government’s efforts to aid DACA recipients and its response to last month’s earthquake in Mexico City. He also remarked on the ties that bind Mexico to the United States, New York City, and Fordham. 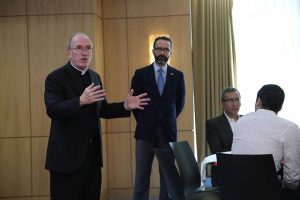 The United States was the first country to recognize Mexico as an independent state in 1821, he said. In 1848, when the Mexican-American war ended, he noted that 110,000 families in Texas woke to find themselves living in another country. Even today, the economic and cultural bonds between San Diego and Tijuana are strong.

“It might seem that the U.S. and Mexico are going through a rough time, but that’s not necessarily the case. On an everyday basis, the relationship is still there. We’re much more than neighbors, because if you don’t like your neighbor, you can just move to another building.”

“We’ve got to stick together as we have been, in a positive manner.”

Joseph M. McShane, S.J., president of Fordham, said that the University’s connection with Mexico is “longstanding, deep, and enriching.”  He noted that one of the University’s most valuable artworks, the eight-foot-high painting Adoration of the Magi, which is on display at the Metropolitan Museum of Art until the end of the month, was created by the Mexican painter Cristóbal de Villalpando.

“In the 19th century, shortly after our founding, we had a very substantial number of students from the Caribbean, including the coast of Mexico, as part of our community. So our connection with Mexico is rich,” he said. 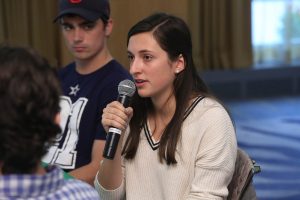 Monica Olveira, a Fordham College at Rose Hill senior majoring in International Political and Economic Development (IPED) who works with UNICEF, used the opportunity to ask Gomez-Pickering what the country is doing to help children who are migrating there from countries like Honduras, Guatemala and El Salvador.

“Mexico has always been a very welcoming country to refugees. If you look back at the later part of the 20th century when all the military coups happened in South America, Mexico was the number one destination for many political refugees,” Gomez-Pickering said.

He said that the Mexican government holds meetings at least once a with representatives of countries in the “Northern Triangle.” The goal is to aid migrants, particularly those who travel by themselves.

“That’s something that continues, especially for our brothers and sisters from Latin America.” 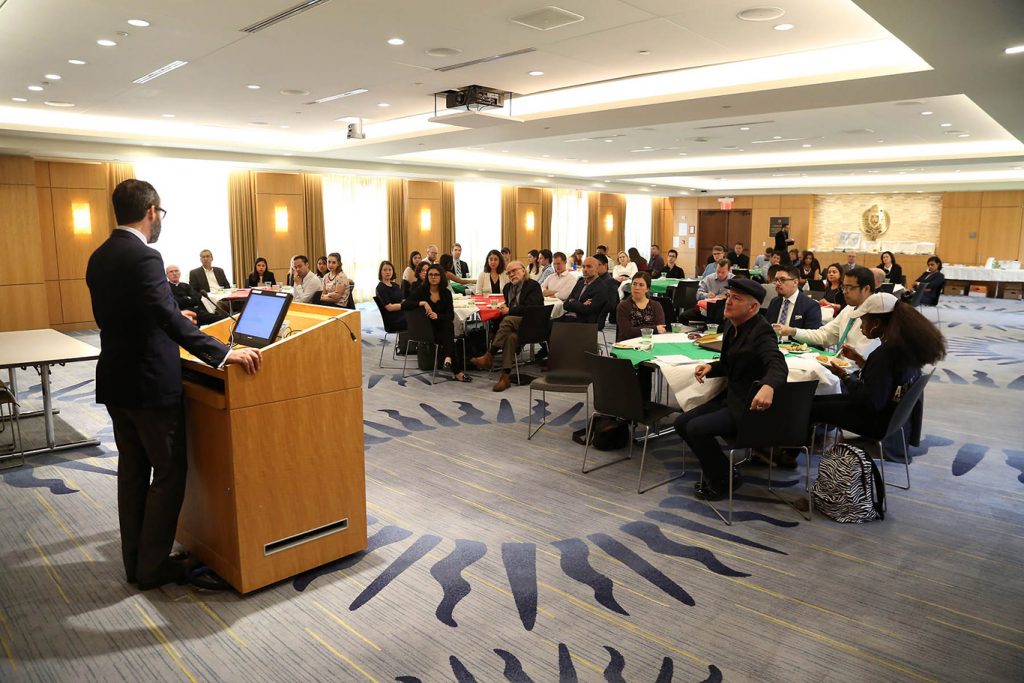