skip to main content
Return to Fordham University
You are at:Home»Inside Fordham»Medievalists Put England in Its Place 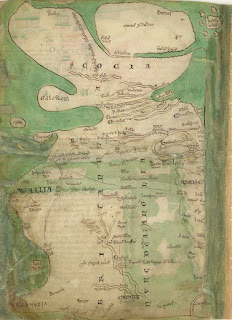 The Center for Medieval Studies will be “Putting England in Its Place” for its 33rd Annual Conference on March 9 and 10 at Fordham Lincoln Center. Each conference takes about two years to prepare, making it a cornerstone to the Center’s academic year.

With its established track record, the annual Fordham medieval conference usually receives many more proposals for papers from academics hoping to participate than can be fitted in, said Jocelyn Wogan-Browne, Ph.D., Fordham’s Thomas F. X. and Teresa Mullarkey Chair of Literature.

This year’s conference will focus on 11th to 13th century England, a time when  that region had  a far more international quality than is often portrayed.  Wogan-Browne described a country made up of a variety of cultures and languages and in cotact with a wide variety of other regional cultures.

“We don’t want to think about this as a medieval England that was just an earlier version of the later English nation, but as a distinctive set of regional and transregional cultures.”

Rather than aerial survey, the conference will concentrate on what was happening on the ground in individual regions,villages and towns. But the focus will remain on England, not the British Isles.

“What often happens is that Wales and Scotland get subsumed into England,” she said.  “Instead we have invited specialists on Wales, Ireland and Scotland to tell us what the region of England looks like from their perspective.”

Wogan-Browne noted that the ever-shifting cultures of medieval England should, in many ways, speak to the changing multilingual and multicultural mix  of today’s Anglophone societies. “As societies who have part of their history rooted in medieval England, it is worth understanding that our ‘English’ past is as complex  and changing as our present culture, and perhaps has some pointers for it.”

Indeed, the medievalists are hardly immune to change and development; if you can’t make to the event you can follow it on Twitter at #puttingengland.