Michael Peppard, Ph.D., assistant professor of theology at Fordham, got to flex his Coptic papyrologist expertise on national television this past weekend in an interview about on PBS’ NewsHour Weekend. 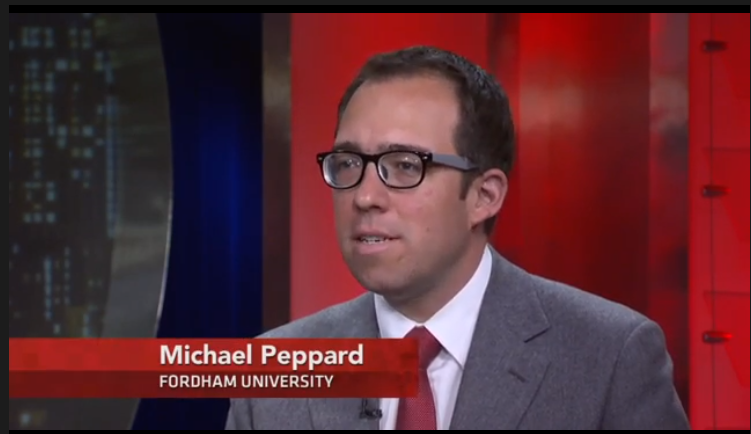 The segment, which aired on April 13, centered around a faded fragment of papyrus known as the “Gospel of Jesus’s Wife.” Unveiled by a Harvard Divinity School historian in 2012, it was then tested by scientists who concluded in an April 10 journal article that the ink and papyrus are very likely ancient, and not a modern forgery.

Peppard told host Hari Sreenivasan that scholars, such as himself, that study early Christianity are “still kind of in this middle ground of mysteriousness about the text.

“That being said, some of the critics on the forgery side argue that there is bad grammar, that there are other indicators, bad penmanship and that kind of stuff. But papyrologists — that is nerds like us that study ancient papyri — we see bad handwriting all the time. The apostle Paul himself in the New Testament talks about his bad handwriting. So handwriting it’s a techne in Greek, it’s a skill, it’s acquired.”

Sreenivasan also asked Peppard what the religious ramifications are if Jesus did have a wife.

“… this papyrus gives us another window into what were some live debates in early Christianity. Debates such as: is procreation a vehicle for holiness or is celibacy — voluntary celibacy– a vehicle for holiness. A second debate that it clearly was engaging was the worthiness of women as disciples, especially Mary the mother and Mary Magdalen, two of the main figures that were discussed,” Peppard said.

Fordham’s Christina Greer was also on television over the weekend. An assistant professor of political science, Greer joined a panel at MSNBC’s Melissa Harris-Perry Show on April 12 to discuss a variety of topics, including the politics of the gender pay gap. 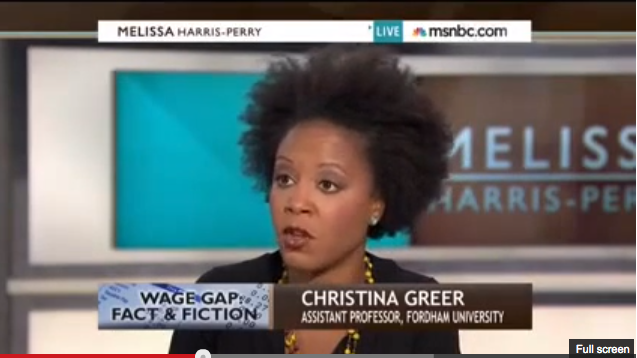 In this segment, Greer says historical context should always be taken into consideration in the debate over equal pay.

“We constantly throw around that .77-to-a-dollar [figure], but we do also know that there is a very real racial divide within this. If white women are making .77 on the dollar, we know that black and Latina women are making much less than that,” she said.

Greer also discussed the downside of the bickering between the GOP and Democrats on such debates, and how there isn’t going to be a magic bullet to solve inequality.