skip to main content
Return to Fordham University
You are at:Home»Colleges and Schools»Graduate School of Arts and Sciences»Longtime NYC Political Consultant Teaching Master Class at Fordham 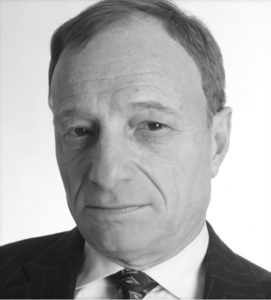 Politics is to Hank Sheinkopf, Ph.D, as air is to the rest of us. Over the course of the last 35 years, Sheinkopf has worked on an estimated 700 political campaigns on four continents, in 15 nations, and in 44 American states.

This month, he’s adding another client to his list: Fordham’s Graduate School of Arts and Sciences (GSAS), where he’s teaching a three-session master class titled New York City and Dynamic Change. He’ll also be teaching a full graduate course at Fordham this spring.

Fordham News talked with him recently about his plans for the master class, which was open to all GSAS students and kicked off on Oct. 11.

How did this class come about?

I got an opportunity to meet Stephen Freedman [Fordham’s late provost, who died in July]. We started talking and the next thing I know, he said ‘We would really need to have a longer discussion,’ and I was talking to Dean [Eva] Badowska [dean of the Graduate School of arts and Sciences]. I knew Dr. Freedman because of Tom Dunne [vice president for administration], who has been my friend for 45 years. I immediately felt at home and at ease, and Dr. Freeman felt the same way. And, unfortunately, he passed not long after our meeting. I also know a lot about Fordham from my brother, who is an alumnus, and I like teaching. I’ve had a pretty extraordinary life and career, so I hope that I can give students something that may not get from other people

The topics that you’re going to address in your three sessions are displacement in neighborhood change, demographic change and political/institutional response, and criminal justice after Rikers. How did you pick them?

There’s a sense among many that gentrification is really displacement, and that the redefinition of what this city is is having an adverse impact. I want to explore how we got there, and I want to talk about the solution to the original displacement, which was NYCHA. I will be joined in that discussion by Greg Floyd, the leader of Local 237 Teamsters, who has represented the NYCHA workers. I think he brings a perspective that’s quite different from what the city has to say. I think there is also this sense of powerlessness about how things work that the younger people feel. It seemed important to talk about where that begins, which is housing and the ability to have a decent roof over your head.

The second course made sense after the Alexandria Ocasio-Cortez victory over Joe Crowley. It seems logical that we talk about what those kinds of changes mean, how the institutions of New York City are at risk, and whether it’s a generational shift. Is it a shift of power? Is it a response to the neighborhoods changing?

I picked the Rikers topic because criminal justice reform is a significant discussion that people are having. There has been a lot of material written by authors like Patrick Sharkey at New York University and others on the change of criminal justice, the closing of Rikers, and the rethinking of what role jails and other city facilities and the police should have.

You could teach this course all by yourself. Why are you bringing guest speakers like Floyd, Pulitzer Prize-nominated journalist Tom Robbins, and Judge George Grasso of the Bronx County New York City Criminal Court to class?

I believe you’ve got to take the theoretical and make it practical. We learn theory, but we don’t put it to use. What makes people do the things they do? How do we make this work? Under what conditions? Why is the theory important at all? If you can’t put it to practice, why do you do it?

If there’s any truth about democracy that we need to remember, it’s that it is not a theoretical activity. It requires participation. It requires noise. It requires discussion. And what I am trying to do is explain power in ways that help people understand it. To explain why that which we must cherish is, frankly, under attack, not just in Washington but also at home. The power of the state is being used to redefine what housing should look like, what criminal justice should look like and redefine what institutions should or should not do.

What does this all have to do with “dynamic change?”

Cities by definition are dynamic and moving When they stop moving, they stop being dynamic, and things happen that we really don’t want to see happen. Detroit is an example. When the dynamic moves in the wrong direction, stasis takes over. I think dynamic change is something that cities experience today. I think we need to look at it in a way that’s not threatening. And that we have to manage it in our own lives and in the larger polity, so that we can benefit from it. What’s happening now, in my view, is that we are not benefiting the way that we should. We’re not angry enough about what’s going on around us, and we ought to be.