skip to main content
Return to Fordham University
You are at:Home»Inside Fordham»Kucinich Comes to Campus 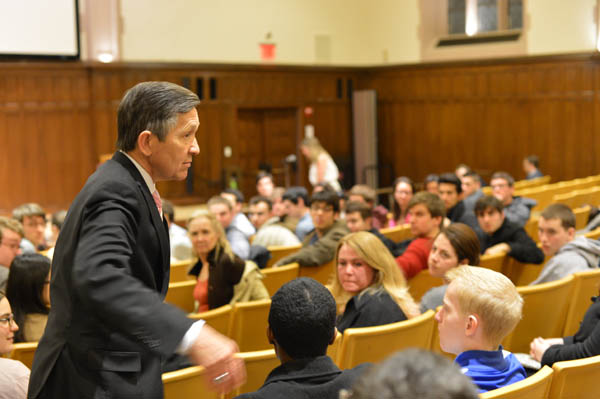 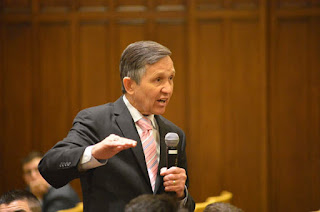 On Monday, March 4, Fordham’s College Democrats brought former U.S Representative Dennis Kucinich to campus as a guest speaker. The former congressman served for 16 years in the House of Representatives from Ohio’s 10th District, before losing his seat last year.

Well-known as an advocate for peace and as someone who is usually at the left end of the Democratic Party, Kucinich reportedly encouraged students to get involved in, and not discouraged by, politics. He also took questions from the audience. (Photos by Alex Yang)