skip to main content
Return to Fordham University
You are at:Home»Colleges and Schools»Gabelli School of Business»Joe Grano to Discuss Business Leadership at Fordham 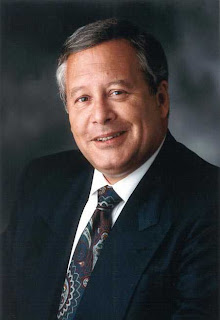 Joe Grano, chairman and CEO of Centurion Holdings LLC, will discuss the need for sound business leadership and the lessons he learned while directing several top financial firms.

He is the author of You Can’t Predict a Hero: From War to Wall Street, Leading in Times of Crisis (Jossey-Bass, 2009).

Previously, Grano was the chairman and CEO of UBS Financial Services, Inc., and was instrumental in helping to bring about the merger of PaineWebber with UBS in 2000.

He is a former chairman of the Board of Governors of the National Association of Securities Dealers.

In addition to his experience in the business world, he was appointed by President George W. Bush in 2002 to serve as chairman of the Homeland Security Advisory Council. He served in that capacity until 2005.

This event is sponsored by the Gabelli School of Business.