skip to main content
Return to Fordham University
You are at:Home»Inside Fordham»Is Modern Media Floundering? Not if it has a Solid Brand.

One day in the mid-1500s, Ignatius of Loyola, founder of the Society of Jesus, received a letter from a Jesuit superior seeking advice. Should he purchase a printing press for his province? And if so, what kind should he purchase?

Ignatius advised the superior to first ask himself, “Who are you? And who are you seeking to serve?” If a printing press is needed to carry this out, then he should purchase one.

Ignatius was centuries ahead in understanding the importance of brand, said Matt Malone, S.J., GSAS ’07, editor of America magazine, who spoke at a 2014 Jesuit Advancement Administrators conference session at Fordham. 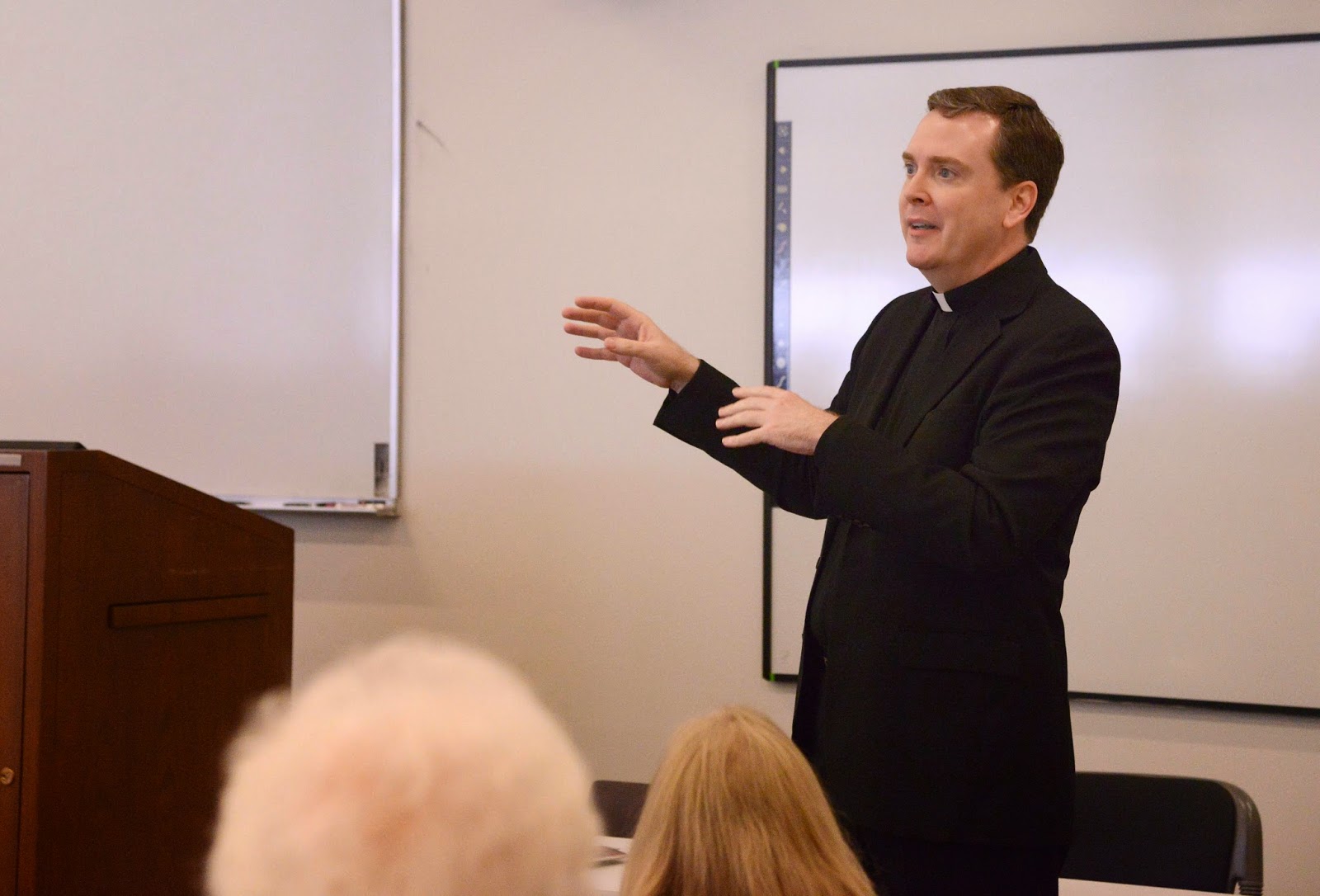 Brand, which equals identity, is vital to an organization’s success. Father Malone offered America’sbranding process as an example. Founded by the Jesuits in 1909,America is among the oldest weekly magazines in the country and the only national Catholic publication of its kind. At 105 years old,America has survived countless iterations of communications technology — an accomplishment few publications enjoy.

Despite its ecclesiastical connections, the magazine owes its longevity to neither divine intervention nor philanthropic loyalty. Its success, Father Malone said, boils down to brand.

“The defining characteristic of a modern media organization — the thing that is going to allow it not only to survive, but to prosper in this rapidly-changing media environment — is having a brand,” he said. “It’s what every organization needs to get right to accomplish what it’s trying to do.”

The first and most important question for an organization to ask itself is, “Who are we?” The answer should clearly distinguish its brand from its product.

“Brand is platform- and product-neutral,” he said. “For example, if IBM’s brand came down to ‘We make typewriters,’ then they would no longer be in business. Instead, their brand is, ‘We solve business problems.’”

Any ensuing questions, such as what an organization does, who is its audience, and how it accomplishes its mission, will derive from that first answer. Again, Father Malone stressed, the answers to these questions should never be tethered to a platform or product.

The brand inquiry at America generated a simple statement: “America is a Jesuit media ministry, a smart Catholic take on faith and culture that leads the conversation by producing content that is unique, accessible, relevant and impactful.”

“None of that has anything to do with our platform, that is, whether we’re in print, we’re online, or we have an iPad app,” Father Malone said.

Platform neutrality is especially important for media organizations, he said, because the communications field is in constant flux. These groups, which includeuniversity marketing and public relations departments, should focus on one task: To move from producing content that fits a single platform (such as print) toward content that can be disseminated across multiple platforms — print, digital, social media, and more.

And brand, Father Malone said, is what links it all together.

Moreover, when a certain technology no longer serves the brand, then organizations must move on and find technologies that do, Father Malone said — though this often causes great heartache for media outlets grieving the decline of print.

But there, too, Ignatius was in the vanguard. Ignatius advised the superior that if he does purchase a printing press, then he shouldn’t get just any press — he should get the best. And if that should become obsolete, then he ought to move on to whatever will best accomplish his mission.

“We have to ask ourselves these questions, tough as they are,” Father Malone said. “We have to be unafraid to cherish what is perennial — the values that form our brand — and to discard the things that no longer work, no matter how much they’ve contributed to our wellbeing and prosperity.”