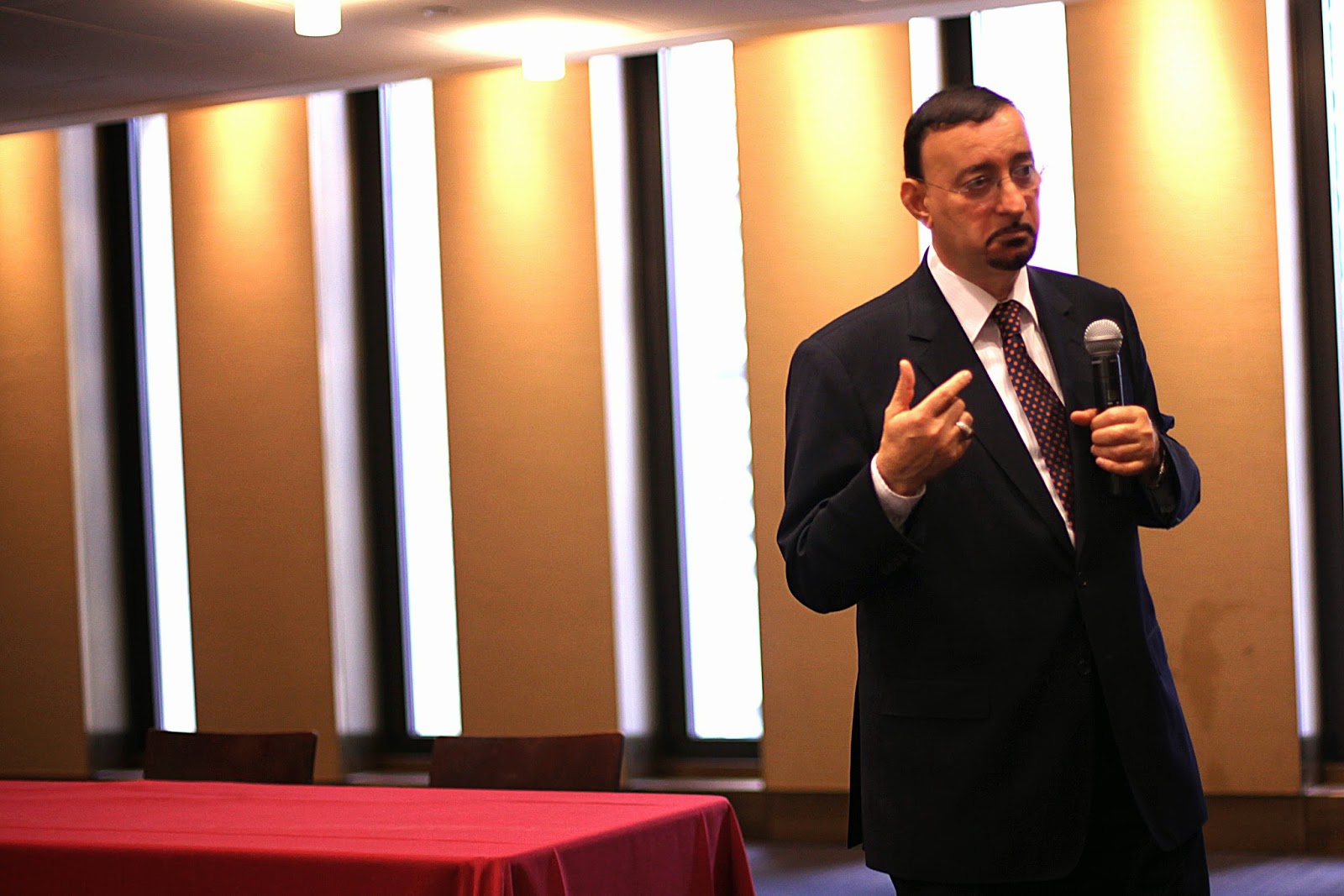 T. Hamid al-Bayati, Ph.D., the former permanent representative of Iraq to the United Nations, came to Fordham’s Lincoln Center campus on Oct. 16 to respond to increasing violence in Iraq and Syria. The ambassador told a crowd of nonprofit leaders that their work is an important response for the war-torn region.

Al-Bayati, author of From Dictatorship to Democracy: An Insider’s Account of the Iraqi Opposition to Saddam (University of Pennsylvania Press, 2011) said that supplementing coalition forces with on-the-ground aid is essential for the people of Iraq to survive the effects of war. With more than four million refugees in the country, funding and coordination of the various NGOs is a must. To that end, the ambassador said he will be working with Fordham’s Center for Nonprofit Leaders to coordinate New York-area nonprofits and link them with their Iraqi counterparts.

The ambassador said that, with recent killings of aid workers by ISIS, it is best to let the Iraqi nonprofits take the lead rather than sending in foreign aid workers who might find themselves vulnerable to attack.

“Many are worried about WMDs (weapons of mass destruction), but you know what WMDs are now? A cell phone and an app,” he said, referring to readily available technology that has allowed recent beheadings by ISIS to terrorize Americans and other Western nationals in the privacy of their own homes.

Al-Bayati said that the consortium of NGOs in Iraq would allow donors to pick which nonprofit they would like to help. The NGO would in turn be responsible for reporting back to the donor with progress. He added that the Iraqi NGOs could also help bring businesses into the country as well.

The ambassador continually stressed the importance of coordination. He said that the United Nations still lacks the enough experience to coordinate NGOs, and they have their own bureaucracy to contend with.

“Communication is not the issue. Technology has solved that, but security remains number one,” he said. “By organizing our efforts, the NGOs can complete each other rather than compete with each other.”