skip to main content
Return to Fordham University
You are at:Home»Politics and Society»In New Book, GSAS Dean Explores a Freedom Rooted in Whiteness

In 1776, a group of former colonists, most of whom owned enslaved people, celebrated their own freedom from England while declaring that “All men are created equal.”

Less than a century later, the country erupted in a bloody civil war over one side’s assertion that they should continue to be free to own those slaves.

During World War II and the Cold War era, the U.S. fought the threats to freedom posed by the Nazis and Communism, while Jim Crow laws and segregation made life for many Black Americans nearly intolerable.

And even in 2021, the Confederate battle flag is embraced by some Americans as a symbol of freedom. 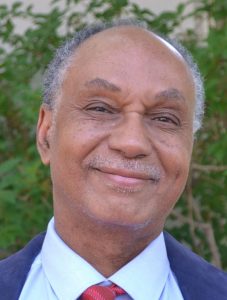 Misguided? Yes? But hypocritical? According to Tyler Stovall, Ph.D., dean of Fordham’s Graduate School of Arts and Sciences, not necessarily. These examples from history, Stovall says, show that for Americans, freedom has always been nearly synonymous with whiteness.

“In many ways, our idea about freedom are shaped by our views of race. To be white is to be free, and to be free is to be white, in essence. This idea has been shaped by this racial history, from the Enlightenment to the present day,” he said.

Stovall, a historian who came to Fordham this summer from the University of California, Santa Cruz, tackles this concept in White Freedom: The Racial History of an Idea (Princeton University Press, 2021), which was released on Jan. 20.

Stovall began working on the book in 2014, but the introductory chapter took on a special resonance when a mob attacked and occupied the Capitol while Congress was ratifying the win of President-elect Joseph Biden. Stovall wrote one inspiration for the book was the 2008 naming of Emancipation Hall, a section of the Capitol that was dedicated to the enslaved Black people who helped build the complex.

“It was a wonderful event, but it did beg the question, why would you call something Emancipation Hall to honor people that weren’t emancipated when they worked there? Why not call it Slave Hall? What does the fact that you couldn’t do that say about the relationship of this history to American history in general?” he asked.

He also couldn’t simply dismiss as a paradox the fact that the 18th century was considered an Age of Enlightenment in the United States and France, and yet also the height of the slave trade. In fact, the Declaration of Independence makes more sense, he said, when you understand that one of the biggest demands of the colonists was the right to do with their property whatever they saw fit. 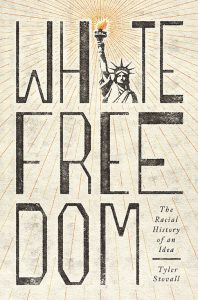 “The biggest kind of property at the time was Black slaves,” he said, noting that it came up 85 years later as well.

“In the beginning of the Civil War, it’s really the Southern rebels who talk about freedom, not the North. Even more forthrightly than in 1776, you had people saying, ‘We’re fighting this war to preserve our freedom—our freedom to own slaves.’”

The Statue of Liberty, which has a more complex history than many understand, gets its own chapter. Although it’s often considered a sort of patron saint of immigration, its creation was rooted more in ideas of liberty. It was conceived by French scholar Édouard de Laboulaye, an abolitionist who was pleased that France has once again become a republic and that the U.S. had finally renounced slavery with the end of the Civil War.

It only became a welcoming symbol of immigration, Stovall said, after Americans began to see European immigrants as white—a perception that happened gradually, and not until well into the 20th century. And the immigrants felt it as well.

“Those immigrants who gazed rapturously at the magnificent statue upon their arrival in New York harbor may have seen a symbol of freedom and prosperity, but they also saw a vision of whiteness, of what they ultimately could become in America.”

Stovall titled the last chapter of the book “Freedom Now? The Fall and Rise of White Freedom during the Cold War.”

“A really powerful assertion emerged in the mid-20th century that freedom had to be universal and could not be just white freedom. In many ways, those struggles were defeated—not entirely, by any means—but they suffered major reverses and major losses,” he said.

He noted that the Supreme Court issued the ruling Brown vs. Board of Education in 1954, and decades later, public schools are arguably just as segregated as they were back then.

The events of the last two months have felt made the book seem especially prescient. Stovall noted in his conclusion that “white freedom” has never been just about race, but it advocates racial distinction and white privilege as a way of achieving the ability to live in security and peace, have adequate food and shelter, and raise children with confidence for their futures.

“There’s a basic material level of assurance and prosperity that has been lost. The prosperity may happen, but it may very well not in a world where most of the profits are going to a very small group of people who are in no mood to share,” he said.

“That’s what’s driving a lot of this anger, and it’s racialized because it’s also connected to the growing racial diversity of the U.S. People are really angry, and they’re willing to believe things that have no foundation in reality whatsoever, like this idea that the election was stolen.”

Nonetheless, Stovall is optimistic, because extending freedom to all people is an idea that he thinks a majority can rally around. Anti-racism work has again taken center stage in the American public sphere thanks to the success of the Black Lives Matter movement, and, he noted, the attack on the Capitol has been called out by prominent commentators as a “white riot.”

“The issue of how to make people freer is ultimately something that I think is possible to mobilize all people around. The problem with white freedom is, it ultimately doesn’t persevere. If everybody isn’t free, then ultimately nobody is free,” he said.

“Freedom means the freedom of families and individuals to enjoy all sorts of things in life, and you can’t have that unless everyone is entitled to have it. I do believe [people understand that]and I do believe people will see this through.”