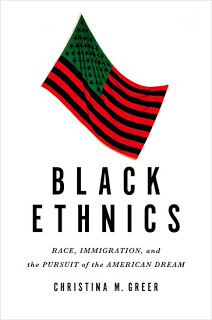 Her book addresses the steady immigration of black populations from Africa and the Caribbean over the past few decades, and how it has fundamentally changed the racial, ethnic, and political landscape in the United States, leading to questions of how will these “new blacks” behave politically in America.

In an age where racial and ethnic identities intersect, intertwine, and interact in increasingly complex ways, it offers a powerful and rigorous analysis of black politics and coalitions in the post-Civil Rights era.

Back in March, Greer spoke with the Dallas Morning News about the book. To read her Q&A, visit the site here.