skip to main content
Return to Fordham University
You are at:Home»Inside Fordham»Lectures and Events»ICCS 2015: The Perils of Prosecuting International Cyber Hackers 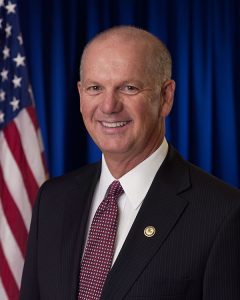 The man who brought charges against five Chinese hackers for infiltrating the corporate computer systems of U.S. Steel, Westinghouse Electric, Alcoa, and others will talk about his efforts to prosecute them at the 2015 International Conference on Cyber Security (ICCS) co-sponsored by Fordham and the Federal Bureau of Investigation.

David Hickton, the U.S. District Attorney for the Western District of Pennsylvania, will deliver a talk on Jan. 7 at the Lincoln Center campus on coordinating international cases to stop cyber espionage.

At ICCS 2013, Kevin Mandia, then-CEO of the cybersecurity company Mandiant, was fresh from exposing the hackers, who also infiltrated Allegheny Technologies and the United Steelworkers International Union. It was one of the first times that Americans had heard of the People’s Liberation Army’s Unit 61398.

Although Hickton brought charges against the hackers this past spring, it is unlikely that the Chinese government will extradite the accused. To date, China has repeatedly denied involvement.

Even so, Hickton said it would not be accurate to call the prosecution “a symbolic gesture.”

“We are committed in this case and in any of the other cases where the defendants may be fugitives. We’ll use all means to bring them to justice,” he said. “I also think that it is important to bring the charges because that first step serves as a deterrent.”

At a press conference, Hickton outlined the real-world damage wrought by attacks.

“When these cyber intrusions occur, production slows, plants close, workers get laid off and lose their homes,” he said. “We would not stand idly by if someone pulled a tractor trailer up to a corporate headquarters, cracked the lock, and loaded up sensitive information.”

Hickton noted that shortly after the charges were brought against the Chinese, his office also brought charges against Evgeniy Mikhailovich Bogachev, perpetrator of the the Gameover Zeus virus, which is responsible for more than one million computer infections and financial losses in the hundreds of millions of dollars.

He said that investigation required cooperation of 11 countries, several Internet service providers, and “a lot of other people in the space.”

“We’ve identified and outed the architecture to steal American technology,” he said. “This is a 21st century burglary. It’s a dynamic and fast moving area. And it’s a challenge that is a continuing one.”