skip to main content
Return to Fordham University
You are at:Home»Politics and Society»History Professor’s Research Cited by Federal Court in Gun Regulation Case

According to Saul Cornell, Ph.D., that’s the lesson of a decision last month by the Ninth Circuit of the U.S. Court of Appeals that ruled in favor of states limiting who can carry a gun in public. 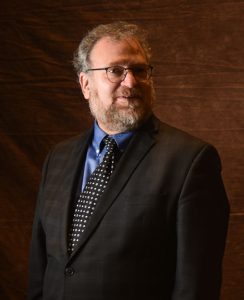 Cornell, the Paul and Diane Guenther Chair in American History, was cited multiple times by both the majority and dissenting opinions in the decision Young V. State of Hawaii. The justices in the case based their decision partly on his research on the models of gun regulation that were developed in the United States outside of the Slave South.

Rather than relying on the words of slave-owning judges in the antebellum South to guide their understanding of history, Cornell’s approach urges judges to take into account the history of all parts of the country when using the past as precedent.

The case began when George Young sued the state of Hawaii in 2012 for denying his application to carry a concealed or openly visible handgun. Hawaii law stipulates that the police chief may only grant such licenses to those who need a gun for their job or who show “reason to fear injury” to their “person or property.”

Young claimed this violated the 2008 Supreme Court decision Heller vs. District of Columbia, which was the first Supreme Court case to decide that the Second Amendment protects an individual right to keep and bear arms for self-defense, and that was not just a right intended for state militias.

There is a catch though. When he wrote the Heller majority opinion, the late Antonin Scalia, a proponent of the legal theory originalism, cited the 1846 case Nunn vs. Georgia, which interpreted the right to bear arms in expansive terms.

Proponents of originalism assert that the Constitution must be interpreted based on the original understanding “at the time it was adopted.”

But since the Nunn case was a product of the Slave South, and not the era when the Second Amendment was written, courts have since 2008 been considering whether it represented the attitudes of a majority of the country or just one region. Once Scalia linked the constitutionality of today’s laws to establishing a historical genealogy, it set off a legal scavenger hunt of sorts for scholars like Cornell, who first tackled the issue of the history of regional differences in A Well Regulated Right: The Early American Origins of Gun Control (Fordham Law Review, 2004).

“One of the most interesting and important qualities of America then that still exists today is the existence of regional gun cultures.”

Working with colleagues at places such as the Duke University Center for Firearms Law, Cornell has been excavating that history, most recently in History, Text, Tradition, and the Future of Second Amendment Jurisprudence: Limits on Armed Travel under Anglo-American Law, 1688–1868, 83 (Law and Contemporary Problems, 2020). It was one of the sources cited in the Young case, which runs to 215 pages and traces the arc of gun regulation over five centuries from English common law, which is the basis of much of American law, and has profoundly shaped today’s law.

“Heller stuck very close to a narrow range of sources, mostly case law. What Young did is, it took Heller’s injunction to look at the history of regulations as guideposts for judging,” Cornell said.

“It turns out the history is much more friendly to regulation than Scalia or gun rights activists would have imagined.”

In addition to finding clear examples of regulations in England before the American Revolution, Cornell found statutes in Massachusetts that prohibited “armed travel in populous areas.”

The irony, Cornell said, is that Scalia just assumed that the gun regulation laws in the slave-holding South would evolve in the same way as New England or the Midwest, where Cornell found examples of gun regulations from the 19th century. Originalists, including Justice Scalia, were so confident that the precedent set by the South would be commonplace, and history would bear out their view, they never bothered to consider other examples from different regions.

“I think what we’ve seen time and again since Heller—and it’s really quite striking—is that almost all the serious historical scholarship has found that Heller’s history is just demonstrably false in important ways.” he said.

“The authors of Heller went big on the history, but never anticipated or thought, ‘What happens if the history doesn’t support us?’ They were completely naïve because their view of history was just so simplistic. They really don’t think history changes, and that’s the essence of their originalism.”

Historical Precedent for Providing a Reason for Gun Ownership

Ultimately, Cornell said decisions such as Young show that if activists’ goal is to let any American buy a gun and carry it without a good reason, history will not be as helpful as they assume. The attitudes that Southerners had about guns were not representative of the whole country in the 19th century, and that remains true today.

“One of the funny things about modern gun debate is, gun rights activists say that asking someone to provide a reason to own a gun is unreasonable. But it turns out have having a reason has always been reasonable in most places in America.”