skip to main content
Return to Fordham University
You are at:Home»Politics and Society»Groundbreaking Book on Urban Struggle Gets New Life in Updated Version 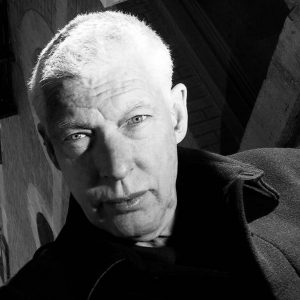 When it was first published in 1993, Greg Donaldson’s book The Ville, was lauded by the New York Times as “an ambitious, densely packed, atmospheric book. . . . [It] brings to life the smells, the feelings, the language of Brownsville–East New York and the people who form its world.”

The book, which detailed the challenges faced by two men—a police officer and a teenager—in Brownsville, Brooklyn at the height of New York City’s crack epidemic, has been republished this month by Fordham University Press, along with a new epilogue by Donaldson. The book follows a year in the life of the two men from the opposite sides of the street.

Mark Naison, PhD, professor of African-American Studies and history at Fordham, who wrote the forward for the book, said the re-issue couldn’t come at a better time, given the racial climate in the United States and the friction between police and members of the African-American community.

Naison, who knew Donaldson while he was researching the book, said the bravery that Donaldson exhibited in immersing himself in a dangerous neighborhood was noteworthy. In his forward, Naison described working in the 1980’s for the United Community Centers of East New York. The group promoted an anti violence campaign called “Shield the Children,” a name they chose after a drug dealer picked up a 3-year old from a stroller and used him as a shield in a gun battle.

Most impressively, Naison said, Donaldson, who is now an associate professor at John Jay College of Criminal Justice, humanizes everyone caught up in a tragic situation, from neighborhood kids who are involved in drug dealing, to police patrolling the area’s public housing projects. He called it a journalistic and anthropological version of the album Illmatic, by the rapper Nas—considered one of the greatest chronicles of life on the street.

“I can’t think of another book that does that. And it’s especially important now, where police issues are on the front of public consciousness after the deaths of Michael Brown, Eric Garner, and now Sandra Bland in Texas,” he said.

“This (1993) is really the early stages of the drug war, and to some degree, it’s the drug war that creates the police practices that have created all of these racial tensions in our society.” 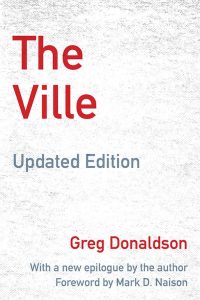 In the 20-odd years since the first publication, crime has plummeted in New York City (328 murders last year compared to 2245 in 1990), and in a newly written epilogue, Donaldson explores how Brownsville has changed, too. The persons who are the focus of the book—Gary Lemite and Sharron Corley—have since moved away, and the neighbors they left behind now face very different challenges, said Naison.

“There’s less violence. There’s a lot more police. The communities have been rebuilt, there’s lot of new housing, and the business districts are revived. But what you don’t see are all the people who are in jail, and all those who’ve been pushed out of the community by rising rents,” Naison said, pointing out that Ferguson, Missouri, is not central but is a suburb of St. Louis.

Naison said he was glad the book was available again, and plans to use it in his courses.

“People trying to understand where we are, and how we got to this point will benefit from it.”