skip to main content
Return to Fordham University
You are at:Home»Inside Fordham»Grant to be Used to Study Campaign Financing 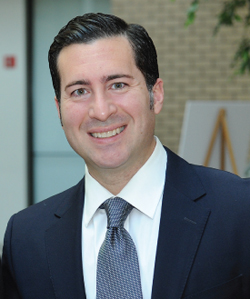 With yet another election season in the making—this one primarily of local interest—the pros and cons of campaign finance are again making news.

Thanks to new funding, Costas Panagopoulos, Ph.D., associate professor of political science and director of Fordham’s Center for Electoral Politics and Democracy, will have a chance to substantially weigh in on the subject.

Panagopoulos secured nearly $1 million from the Open Society Foundation and the Omidyar Network’s Democracy Fund to conduct a series of field experiments to study aspects of campaign finance, making it the department’s largest grant ever procured by a faculty member.

He will be collaborating with Donald Green, Ph.D., of Columbia University, and Jonathan Krasno, Ph.D., of Binghamton University. The project will be housed at the center.

“Political scientists have been studying campaign finance for decades, but the research has been inconclusive because of thorny methodological and legal issues,” said Panagopoulos. “We’re very glad that our funders recognize the importance of lingering questions regarding campaign finance.”

Panagopoulos and his team will look at how disclosure of, and public awareness of, who finances campaigns influences voters. They will also examine what strategies motivate small donors. He said that the explosion of information related to PACs, Super PACs, and various threshold laws have only complicated the conversation.

“There are tremendous misconceptions about campaign fundraising,” he said. “We simply don’t have a good sense of what it takes to motivate small donors to participate, for example.”

Panagopoulos said that because donors donate in various jurisdictions, the study would take into consideration the “layers of democracy,” such as distinctions between campaign finance laws at the federal, state, and local levels. There are also institutional arrangements to consider, such as matching funds and public financing programs.

“Our intent is to try and see how these programs affect contributing behavior,” he said.

The initial phase will include two or three pilot studies in 2013 and then the full-scale studies will roll out shortly thereafter. The study will conclude in 2015.

“We are not prejudging the outcomes,” Panagopoulos said. “There are competing expectations and claims, and we hope our studies will help to separate fact from fiction in a way that informs public policy debates about these important topics.”