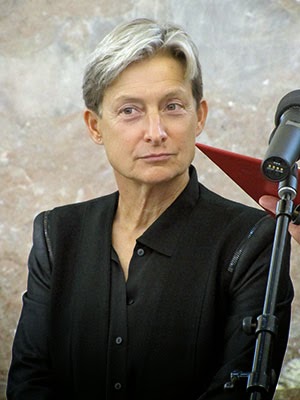 losopher and gender theorist Judith Butler, Ph.D., will deliver “’We, the People,’ or Plural Action” at the Fordham philosophy department’s annual Suarez Lecture next week.
Tuesday, April 1                     4:30 p.m.                             Flom Auditorium, Walsh Family Library, Rose Hill Campus
Butler, the Maxine Elliot Professor in the departments of Rhetoric and Comparative Literature and the Co-director of the Program of Critical Theory University of California Berkeley, has had a significant influence on the fields of feminist, queer, and literary theory, philosophy, political philosophy, and ethics.
She is perhaps best known for her works Gender Trouble: Feminism and the Subversion of Identity (Routledge, 1990) and Bodies That Matter: On the Discursive Limits of “Sex,” (Routledge, 1990) where she challenges the sex/gender distinction and develops her theory of “gender performativity.”

Francisco Suarez, S.J., a late-medieval philosopher in the Catholic tradition, was known for his work in metaphysics, ethics, and just war theory, among other topics. In recent years, the Suarez lecture has been given by such notables as Harry Frankfurt and Christine Korsgaard.