skip to main content
Return to Fordham University
You are at:Home»Inside Fordham»Fordham Infectious Disease Specialist Talks to Media about Ebola

As two Ebola-infected humanitarian healthcare workers are transported to Emory University in Atlanta for treatment, concern about a potential outbreak is heating up. Fordham’s Alexander van Tulleken has appeared on various media outlets to discuss whether such fears are warranted.
An infectious dise 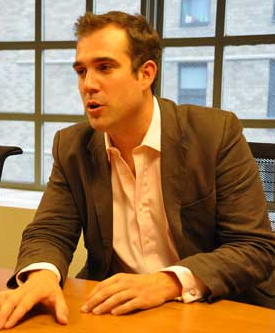 “It’s very hard to catch this virus,” he says of Ebola, of which there is no cure, and causes hemorrhagic fever that kills at least 60 percent of the people it infects in Africa. Ebola spreads through close contact with bodily fluids and blood, meaning it is not spread as easily as airborne influenza or the common cold.

In this interview with New York’s Fox 5, he discussed the Ebola vaccine currently in trials, and also explained that the virus has been in the country for some time with the Center for Disease Control’s research. Watch here:

In this segment with MSNBC’s Melissa Harris-Perry, van Tulleken says that rather than worrying about a vaccine, “what we need to be doing is containing this epidemic in West Africa.” He also says prevention is always underfunded. “What we’re seeing is a failure of the international system to respond to this virus, and this is a virus we should care about for humanitarian reasons. These countries are really neglected, and that’s why it’s spreading.”

Watch both MSNBC segments below, and visit our YouTube page for more media appearances by van Tulleken and other Fordham faculty.