skip to main content
Return to Fordham University
You are at:Home»For the Press»Ethics Expert Calls Reversal on Goldwater Rule a Mistake 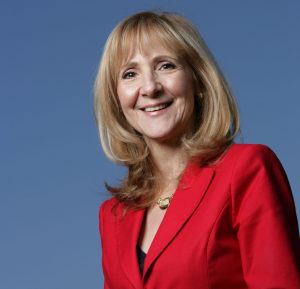 Editors note: On July 25, the American Psychoanalytic Association announced it no longer expected its members to abide by the so-called “Goldwater Rule, a code of ethics prohibiting most psychiatrists from giving opinions about the mental state of anyone they have not evaluated.” Celia Fisher, Ph.D., the Marie Ward Doty University Chair in Ethics, professor of psychology, and director of Fordham’s Center for Ethics Education, discussed the rationale for the rule in February.

Below, she explains why the July 25 decision is an unfortunate one that elevated political and economic considerations above ethical principles.

“Revising ethical standards to address a particularly problematic political figure or to condone the publication of a book does not reflect well on the association.  The public should be aware that the American Psychoanalytic Association organization does not represent the field of psychiatry per se, but a group of professionals who practice a particular therapeutic orientation within the mental health profession known as psychoanalysis,” she said.

“Responsible diagnosis in psychoanalysis, as in other mental health fields, relies on assessment techniques that are characterized by interactions with and analysis of patient responses to specific established questions. A professionally and ethically responsible diagnosis cannot be determined in the absence of such interactions or assessments. For example, although the American Psychological Association has not adopted a “Goldwater Rule”, the importance of appropriate assessments are intrinsic in its ethics code, which forbids psychologists from providing opinions of the psychological characteristics of individuals if they have not “conducted an examination of the individuals adequate to support their statements or conclusions”. To be sure, the mental health profession can and should share their knowledge with the public, but irresponsible “diagnosis” diminishes the profession and does not serve the public it seeks to inform.”

Stream the February interview with Fisher on this topic below.