skip to main content
Return to Fordham University
You are at:Home»Politics and Society»Esteemed Cryptologist Encourages Ethical Thinking in the Nuclear Age
Photos by Patrick Verel
It’s easy to slip up and make decisions that border on unethical, but now more than ever, we need to be vigilant against such mistakes, said Martin Hellman, Ph.D. professor emeritus of electrical engineering at Stanford University, at a lecture at Fordham’s Rose Hill campus.

In an Oct. 22 talk titled “Challenges in Making Ethical Decisions: A Personal Journey,” Hellman, a 2015 Turing Award Winner, combined deeply personal anecdotes with highlights from his career at the forefront of cryptography. He shared stories from A New Map for Relationships: Creating True Love at Home & Peace on the Planet (New Map Publishing, 2016), which he co-wrote with his wife Dorothie, and offered five suggestions for ethical behavior.

If you want to behave ethically, stay vigilant, because it’s easy to fool yourself into thinking you’ll never stray, he said. Don’t underestimate the value of outside advice. Actively work at dealing with anger you feel for others, because it’s better to have friends than enemies. Make ethics a daily concern so you’re not caught off guard when you need to make a big decision. And remember that ethical standards change over time. 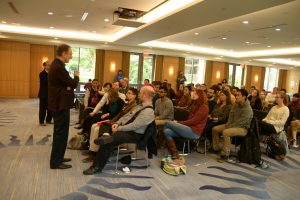 If you want to behave ethically, stay vigilant, because it’s easy to fool yourself into thinking you’ll never stray, Hellman said.

Noting that his talk was sponsored by the Department of Computer and Information Science, (CIS) Hellman acknowledged that the rise of artificial intelligence and drone warfare made ethics particularly relevant to computer science students. But all students, he said, should be thinking about the subject.

“Whether you’re an English major or a CIS major, making more ethical decisions is becoming critically important, because we live in a nuclear age, an age of drone warfare. If we can’t learn to make ethical decisions, we will not survive as a civilization,” he said.

He was particularly passionate about the grave risks posed by nuclear weapons, of which he noted there are still tens of thousands in existence. There have also been more close calls than are generally acknowledged, he said, including a recent incident when Turkey shot down a Russian jet three years ago.

For evidence of how one can go down the wrong path ethically, he said, audience members need look no further than the man standing before them.

“I think the best lessons are the ones we can get from real life, especially when the speaker can say ‘Mea culpa. I made a decision on unethical grounds,’” he said.

In 1975, he and Whitfield Diffie, Ph.D., posited that because technology was advancing by leaps and bounds, the National Data Encryption Standard (DES), which had been the basis for computer security for 25 years, would be compromised within 15 years. When they discovered that this flaw was deliberately left alone so as to allow the National Security Agency to hack computers, they decided to go public, against the entreaties of NSA employees.

“My intellect was telling me that going public with this was the ethical decision, because the NSA should not single-handedly decide what the security level should be. They’re an interested party,” he said.

Then he realized that regardless of whether going public was right or wrong, doing so would make him famous. “Run with it!” he thought.

“Now, you would not want to potentially cause great harm to national security just to be famous. That is not an ethical decision,” he said.

Watch Out for Shadow Motivations

They did go public, and six years later, Hellman said a documentary made him realize that it was the right decision, but for the wrong reasons. In the film, scientists said they were motivated to work on the first atomic bomb so as to defeat Adolf Hitler, who was also pursuing nuclear weapons. But when asked why they kept working on it even after Germany was defeated in World War II, they couldn’t answer. Hellman said he thinks he knows why.

Hellman dubbed these “shadow” motivations, which often permeate our subconscious.  Scientists, engineers, and mathematicians, he said, are people whose identities are often closely associated with how smart they perceive themselves to be. In the case of the atomic bomb, he said, the scientists might have been wondering, “Is my brain powerful enough to destroy a city?”

“You never want to admit that you killed 200,000 people just to see if your brain was that powerful,” he said.

Hellman encouraged students to remember that 200 years ago, Thomas Jefferson would have considered himself to be a highly ethical person, despite the fact that he owned slaves. In hindsight, it’s easy to see today how that’s an unethical behavior, he said. But it’s much harder to see ethical blind spots we suffer from today.

“What makes us think there isn’t something today that we shouldn’t be working on?,” he said.

“Being ethical in the world in a nuclear age is not an option, it’s a necessity.” 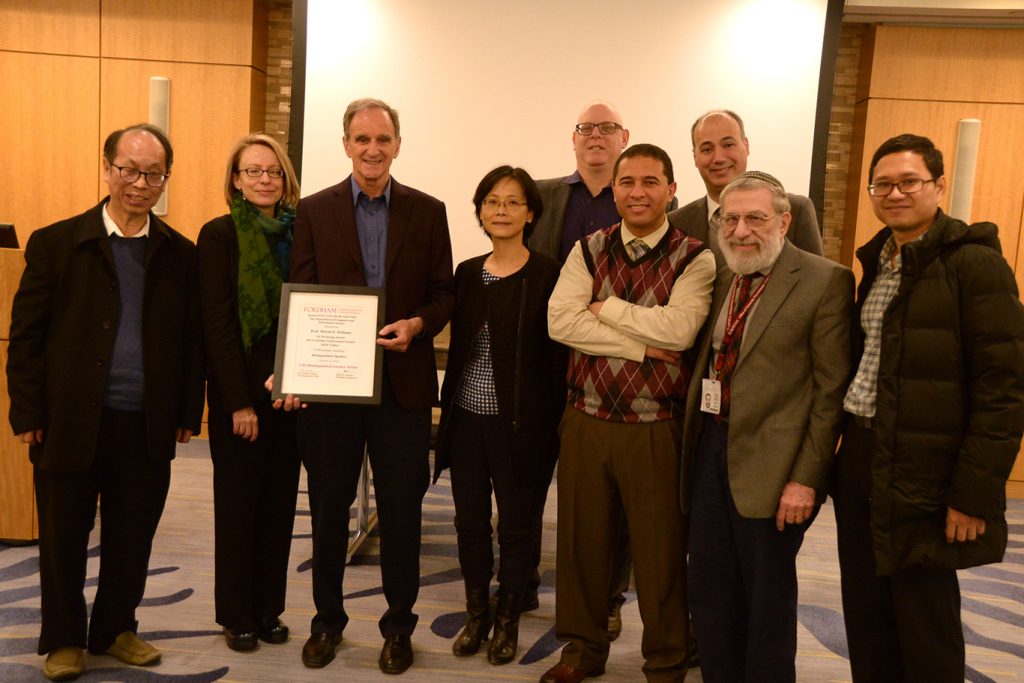 Hellman spoke at the department of Computer and Information Science’s annual distinguished lecture, which was created by Habib M. Ammari, Ph.D., associate professor of computer and information science.