skip to main content
Return to Fordham University
You are at:Home»Politics and Society»In Ecuador, Anthropologist Researches a Sexual Preference Narrative Reversed
Vicky, a resident of Engabao
Engabao, a small fishing village on the coast of Ecuador, is all of 64 miles from Guayaquil, a metropolis of 2.7 million people.

But when it comes to acceptance of sexual preference, it’s much, much further away. In Engabao, being gay is ok. In Guayaquil and in much of the rest of the country, it is not.

For O. Hugo Benavides, Ph.D., a professor of anthropology, this is a source of great interest. In most countries, members of the LGTBQ community are more accepted in cities than they are in rural areas. In Ecuador—one of the most homophobic countries in the world, says Benavides—the situation is reversed. But why?

One clue may lie deep in the past, long before Spanish colonizers arrived.

According to historical writings, when the Spanish arrived in the 1500s, they encountered Enchaquirados—men and boys who wore ritualistic, high-status beads and engaged in same-sex relations with the male leaders of the community. The Spaniards looked down on them, but the Enchaquirados responded that they were chosen for the role, which they believed expressed a higher social status.

Fast forward to present-day Engabao. Since the 1990s, gay men there have been referring to themselves as Enchaquirados, said Benavides. 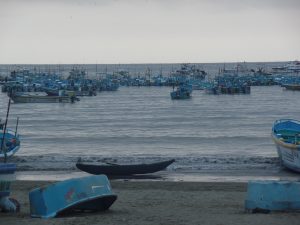 “The gay community did a lot of what we would call political work in claiming this historical identity,” said Benavides. “They said, ‘We shouldn’t be discriminated against because we were actually here before the Spaniards arrived. There’s a heritage that’s historical, but it’s a sexual heritage as well.’”

One document that modern-day Enchaquirados have relied on to conduct workshops on the subject is “The Representation of Guayaquil’s Sexual Past: Historicizing the Enchaquirado.” Benavides, who grew up just 90 minutes away from Engabao, wrote it and, in 2002, got it published in the Journal of Latin American Anthropology .

This past summer, Benavides returned for a three-week-long ethnographic exploration of the village. His visit was part of larger project on pre-Hispanic sexuality being spearheaded by the anthropology department at the Jesuit University Pontificia Universidad Católica del Ecuador (PUCE) in Quito.

His colleague and research partner, Maria Fernanda Ugalde, Ph.D., professor and chair of anthropology at PUCE, has written extensively on two-thousand-year-old figurines from the region. She found male/female and female/female combinations, and figurines sporting large hips and breasts that are dressed in male attire. 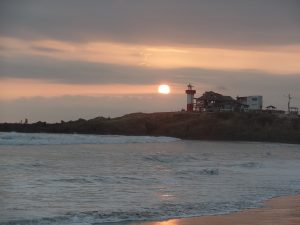 “You have all these combinations that have been put aside, or interpreted in a particular heterosexist way,” he said. “We’re trying to look at those not as exceptional, but rather as normative.”

And Engabao is not unique. “All of these small fishing villages in the central and southern Ecuadorian coast have very similar elements, structures, or situations,” he said.

Benavides said he’s working to fund a larger ethnographic project to take place in the summer or the fall. Oddly enough, he found the biggest challenge in last summer’s research was simply trying to convince Engabao residents that their Enchaquirado identity was a unique phenomenon.

“They really see themselves and their identity as quite normal,” he said. “We’d ask them, ‘What does it mean to be from Engabao?’ and they’d answer like, ‘We live here, and we fish.'”

Benavides feels that the story of how Engabao’s tolerance came to be is an important piece of anthropological history for Ecuadorian culture.

“Professor Ugalde and I see the work we’re doing as important in trying to make the country, as a whole, more sensitive to both its historical and contemporary gender and sexual diversity,” he said.