“It’s the best of times and the worst of times,” said Elaine Congress, D.S.W., associate dean at the Graduate School of Social Service, in her opening remarks at an Oct. 26 conference on immigration held at Fordham’s Lincoln Center campus. 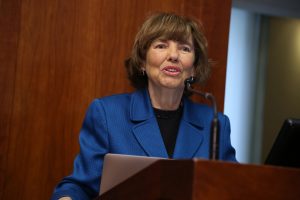 Congress was referring to the strides the country has made over the last half century in welcoming immigrants from all over the world, as well as the threats to this progress that are making headlines daily. The paradoxical topic was the focus of the conference, “A Nation of Immigrants? 50 Years of the New Immigration,” which brought experts together to discuss a timely issue that has pivoted to the forefront of national debate.

Passed in 1965 and enacted in 1968, the Immigration and Nationality Act, also called the Hart-Celler Act and the Family Reunification Act, abolished the quota system established in the 1920s that discriminated against non-northern Europeans and set a historical new precedent for immigration in the United States.

‘Changing the Face of the United States’

“For 45 years, there was very little immigration from places other than northern Europe,” said Rafael Zapata, Fordham’s chief diversity officer. “The Hart-Cellar Act changed the face of the United States.” 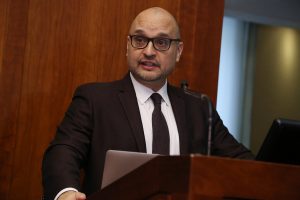 Keynote speaker Van Tran, Ph.D., a sociologist from Columbia University who has written extensively on the topic, agreed that the act has transformed American society, something he said President Lyndon Johnson and members of Congress didn’t foresee when it was signed. “The president said that the bill was not revolutionary,” he said. “The consensus was this will only open the door a little, maybe we could expect 5,000 people from Asia, a few hundred from Mexico, and a few hundred from Nigeria. Little did they know, it would open the door to roughly one million people a year.”

He said that at the time, there were also concerns about how immigrants would assimilate into American life. “Despite that, prior research shows clear evidence of social mobility and increased integration into American society among post-1965 immigrants and their children,” he said, noting that immigrants over the last 50 years have enriched American society with tremendous cultural, social, educational, and economic contributions.

Tran and other scholars who presented at the conference noted the rise in anti-immigrant sentiment across the country since the last presidential election. Further, they said, as undocumented migrants continue to be separated and detained at U.S. borders, the Hart-Celler Act is at center stage in a heated national debate. 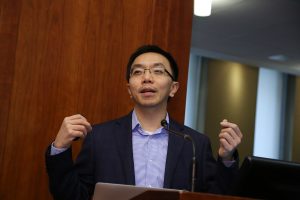 “I could speak for 10 hours about the host of policies and practices the Trump Administration has adopted that contravene the spirit and principle of family reunification,” said Dora Galacatos, executive director of the Feerick Center for Social Justice at Fordham Law School, at the panel discussion following the lecture.

“However, this is not the first. The Trump administration has built on the foundation that was started, sadly and tragically, by the Obama administration,” she said, referring to mass deportation and family detention as well as other “objectionable practices” that occurred during President Barack Obama’s tenure.

Since 2016, Galacatos and a team of volunteers, including Fordham Law students, have made several visits to Dilley, Texas, home of the largest of three detention centers in the country, to assist asylum seekers and prepare them for interviews.

“We have seen extensive violations of federal law,” she said, sharing the story of one mother who was separated from her 9-year-old daughter upon entry and detained for weeks, at times handcuffed in solitary confinement and deprived of food and water. 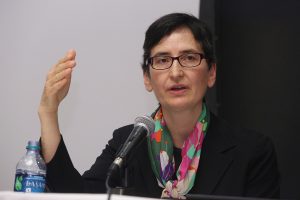 “She was told she would never see her daughter again, and that she would be adopted,” Galacatos said. “That is torture. We need to stand up and say that this is un-American and it is not right.”

“We are doing a lot of ‘know-your-rights workshops’ and emergency planning for folks with families that have mixed statuses,” she said, adding that her organization runs four settlement houses and provides housing, legal services, and public benefits advocacy to 14,000 people in Manhattan and the Bronx.

“They are worried about who will take care of their children if they get deported. This is the first time we’ve had to do this kind of work at the community level and have these tough conversations.”

All of the speakers agreed that the Hart-Celler Act is being challenged in ways it never has before, but that it may likely provide the catalyst for much-needed change. Tran sees a ray of hope in New York City, a place that he says can serve as a model for successful immigrant integration across the country. With immigrants comprising more than half of the city’s population of 8 million, and a “long history of immigration and cultural diversity, it is a particularly inclusive environment,” he said. 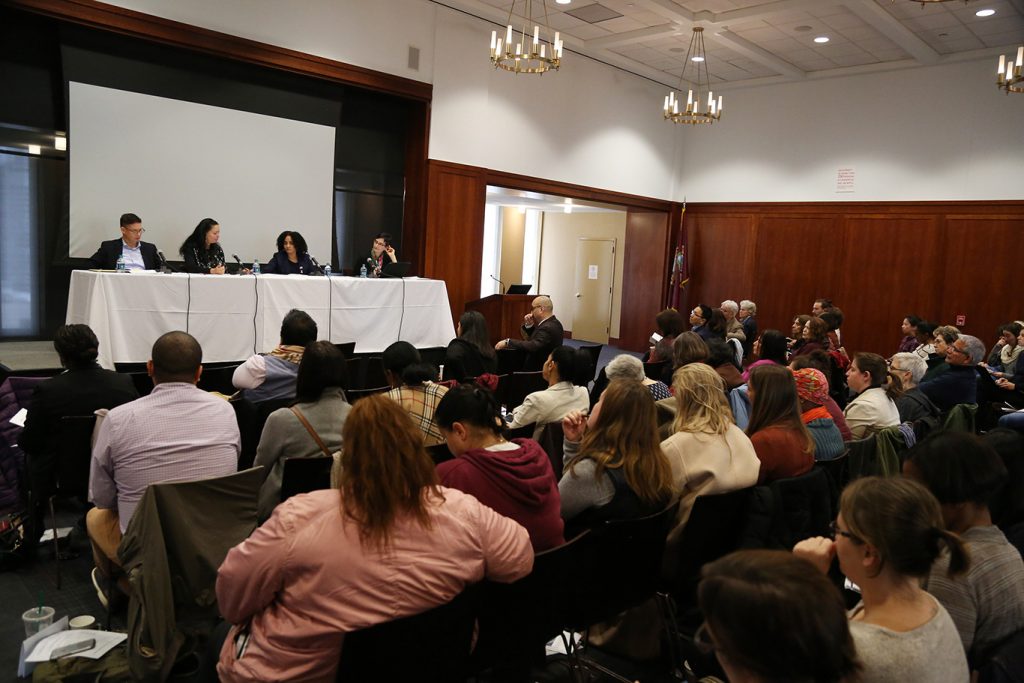