skip to main content
Return to Fordham University
You are at:Home»Editor's Picks»Black History Month and Ethnic Diversity: A Conversation With Christina Greer

Christina M. Greer, Ph.D., an assistant professor of political science, is the author of Black Ethnics: Race, Immigration, and the Pursuit of the American Dream (Oxford University Press, 2013). In her book, Greer examines how immigration of black populations from Africa and the Caribbean in recent decades has changed the racial, ethnic, and political landscape in the United States.

To kick off week two of Black History Month, Greer spoke with Inside Fordham about the growing diversity of black ethnicity in the United States and how this has influenced the annual commemoration of black history.

IF: How has black ethnicity diversified in the United States? 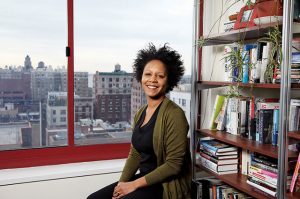 CMG: There are three major black ethnic groups in the United States—black Americans who were involuntary immigrants to the country, African-Caribbean immigrants, and African immigrants, both of whom came via voluntary immigration. These groups differ greatly in their cultures, occupations, languages, and their histories.

Initially, though, their one shared identity is their skin color. So, when African and Afro-Caribbean immigrants arrive here, they realize that, for better or worse, their fates are intertwined with that of black Americans. Even though they came in pursuit of better opportunities in a country that is ostensibly free and equal for all, African and Caribbean immigrants are finding that that’s not always the case for them here in the United States.

How do these various ethnic groups experience black history in America?

Black History Month started in 1926 with Carter G. Woodson commemorating the accomplishments of black Americans—most of whom have done the impossible with literally nothing. My argument in the book is that as we diversify as group of black people living in the United States, we should take note of the accomplishments of Africans and Afro-Caribbeans living here and abroad, making the African diaspora history more complete. 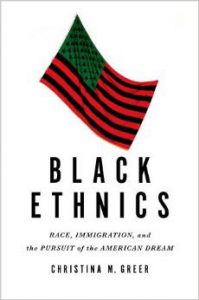 Do our current celebrations of Black History Month incorporate the experiences of foreign-born blacks as well as American blacks?

They do, but this needs to be done better. Oftentimes, Black History Month celebrates the same core group of people—for instance, in school almost everyone learns about Martin Luther King Jr., Harriet Tubman, Frederick Douglass and Rosa Parks. Granted, these are four black Americans who have made some of the greatest strides for the struggle, but there are literally millions more. So we need to go beyond our comfort zone in choosing whom to celebrate every year.

Similarly, we should use this month to celebrate people of African or Caribbean descent, and even those who didn’t immigrate to the United States. If we’re going to talk about Shirley Chisholm, for example, the first black woman in Congress, we can link her to the larger black American struggle while also highlighting the fact that she’s Afro-Caribbean.

Here at Fordham, we also can use this as an opportunity to look at the diverse populations we have on campus and to think about new ways we can include and celebrate all the different groups of African descent.

Is Black History Month a unifying experience for the various black ethnic groups in America?

It can be and it should be—but I also think it should be unifying experience for all Americans. Yes, this is a month during which we look at the accomplishments of black people, but these are also Americans’ accomplishments. I think we do a disservice if we only celebrate this history as belonging to one group of people, when it is in fact part of the entire fabric of American history.