skip to main content
Return to Fordham University
You are at:Home»Inside Fordham»Be The Evidence Project to Host Town Hall on LGBTQ Rights

The murder of Mark Carson, who was shot and killed in Greenwich Village in an anti-gay hate crime, brought a message to New York City: although we have come far in ensuring the rights of the LGBTQ community, we have not come nearly far enough.

With the aim of promoting social justice and a culture of tolerance, Fordham’s Be The Evidence Project (BTEP) will host a presentation and follow-up dialogue on the current standing and future of LGBTQ rights.

“Everyone individual is entitled to be treated with dignity and respect, and within that is equality. But there are certain populations that do not have equality, and that is the LGBTQ population,” said Tina Maschi, Ph.D., assistant professor at theGraduate School of Social Service and founder and director of BTEP.

“If you have to negotiate your identity by not disclosing it, then you are passing for the majority, but you’re compromising who you are and your right to be who you are.” 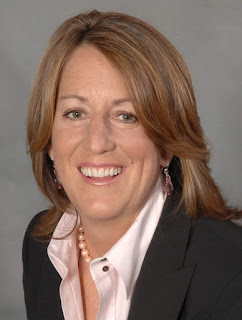 The presentation will feature Kate Kendell, executive director of the National Center for Lesbian Rights, a national legal organization committed to advancing the legal and human rights of lesbian, gay, bisexual, and transgender people and their families.

Maschi said she hopes that by featuring a national advocate for LGBTQ rights, the forum will generate public support to make visible a population that often suffers invisibly.

“We can have laws on the books, but unless there’s a spirit of tolerance in the population, then we won’t see change,” she said. “Policies are necessary, but they’re not sufficient. They need to be supported by the community. So I’m hoping that people who attend the event will become empowered to speak out and to become allies, and to realize that if everyone doesn’t have rights, then it affects us all.”

Tuesday’s event is the spring installment of BTEP’s Town Hall Speaker Series, which aims to focus on issues that impact the local as well as global community.

The event is free and open to the public and includes lunch.