skip to main content
Return to Fordham University
You are at:Home»Politics and Society»Activist to Detail Life in Russia’s Shadow 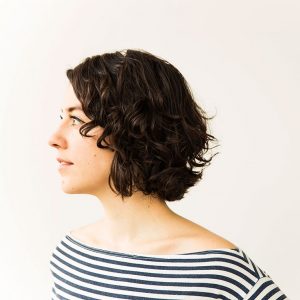 Sophie Pinkham, a journalist and activist who witnessed corruption, poverty, substance abuse, ethnic clashes, and Russian aggression during a seven-year-long visit in Ukraine, will share her insights at Fordham’s Russian Forum.

Pinkham, who first visited Kiev in 2007, detailed her time in the country in Black Square: Adventures in Post-Soviet Ukraine! (W. W. Norton & Company, 2016).

During that time, the nation experienced the Maidan Revolution of 2013–2014, Russia’s annexation of Crimea, and the ensuing war in Eastern Ukraine.

Riley Ossorgin, Ph.D., lecturer in the Department of Modern Languages and Literatures, is coordinating the forum, which will consist of a series of talks on topics related to Russia. He said he invited Pinkham to speak because she can testify to both the “absurdity of life” in a place where the influence of Russian President Vladimir Putin is inescapable, as well as how the situation there is relevant to the United States today.

“We have a new relationship with Russia, and we should know how they negotiate international relations with other countries. Pinkham’s book covers that, as well as offering cultural information about the tensions between Ukrainians and Russians,” he said.

Ossorgin said that the book features interviews with Ukrainians who wanted to connect with Russians, even though they were ideologically opposed to their political ideas.

“That is powerful, and much needed in a time when our political parties are speaking completely different languages,” he said.

Julia Alekseyeva, an artist who published the graphic novel Soviet Daughter: A Graphic Revolution (Microcosm Press, 2017), will be the forum’s guest speaker on March 30. Ossorgin said he’s in the process of booking a third speaker to talk on architecture or graphic arts.

Recent revelations that Russia attempted to influence the U.S. presidential election have made the forum conversations even more important, he said.

“Is the U.S. relationship with Russia worsening, and, if so, what does that mean?” he said. “We need experts who have lived there, who know how Putin runs things, and who understand the laws that have been passed.”