skip to main content
Return to Fordham University
You are at:Home»Politics and Society»At 100 Years Old, Alumnus Reflects on Life as A Tuskegee Airman

When first lady Eleanor Roosevelt flew in an airplane at the Tuskegee Army Air Field with Charles Alfred Anderson, one the nation’s first black pilots, she brought attention to the famed pilot training program in Tuskegee, Alabama.

At 100 years old, Reginald T. Brewster is one of the few surviving Tuskegee Airmen.

For 100-year-old Reginald T. Brewster, LAW ’50, a former Tuskegee Airman, the momentous 1941 flight also served as a symbol of the African-American struggle for equal treatment in America.

“Eleanor Roosevelt took a flight with the pilot merely to demonstrate that a black man, if trained to fly, would do the same as a white man trained to fly,” he said. “She wanted to stress the item of equality—that if [blacks]were exposed to the same training or type of learning, there would be no difference. The color of their skin doesn’t determine their mentality.” 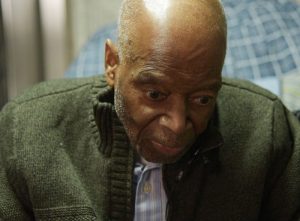 Brewster was one of roughly 16,000 Tuskegee Airmen who served during World War II after being trained at the Tuskegee Air Force base. The all African-American group consisted of pilots, air traffic controllers, technicians, navigators, ground controllers, maintenance workers, and other support staff who were denied military roles in the U.S. armed forces.

In many ways, Brewster said the Tuskegee Airmen were fighting two wars: One abroad and one at home in America.

“The discrimination [in the United States]was sharp,” Brewster recalled during an interview in his Harlem home. He recounted an incident in the South where a white man walking alongside him demanded he get off the sidewalk because he was black.  “It was very critical and sometimes it was even hurtful.”

During World War II, Reginald T. Brewster said he fought two wars: One abroad and one at home in America.

Brewster was based in England and France, where he served as secretary to the Air Force Base Commander. In England, he was “graciously received,” he said. “I was treated with a great deal of respect and a great deal of consideration. I didn’t feel the scorn or sting of discrimination.”

After sustaining a shrapnel injury during the war, Brewster was honorably discharged. He left the Air Force with one goal in mind: To get an education.

“I realized that education was the key to my promotion [and]my advancement back in the United States,” he said.

He studied government and math at Fordham College before attending and graduating from Fordham Law in 1950.

“When I was in the army, I encountered soldiers from the South that had such a limited education,” he said. “I wanted to go as far as I could in the field of law.”

He practiced civil law until he retired at age 90.

Today, as one of the few surviving Tuskegee Airmen, Brewster hopes to keep the rich history of the historic African-American patriots alive.

“I don’t think the contributions that blacks have made should be minimized,” he said. “It’s not the height that we attained, but it’s the depth from which we came.”