skip to main content
Return to Fordham University
You are at:Home»Inside Fordham»University to Install First Archbishop Demetrios Chair in Orthodox Theology and Culture 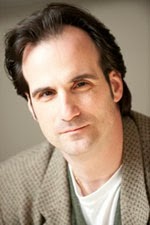 On Nov. 18, Fordham University will install Aristotle Papanikolaou, Ph.D., as the first Archbishop Demetrios Chair in Orthodox Theology and Culture during a special ceremony at the Rose Hill campus in the Bronx. It is the nation’s first university-endowed chair dedicated specifically to Orthodox Christianity.

“I’m deeply honored to be the inaugural holder of the Archbishop Demetrios Chair in Orthodox Theology and Culture, which rightly honors the remarkable legacy of my former professor at Holy Cross Greek Orthodox School of Theology, Archbishop Demetrios,” said Papanikolaou, a professor of theology and the senior fellow and co-founder of Fordham’s Orthodox Christian Studies Center.

“I am also deeply grateful to Mary and Michael Jaharis, who established this Chair with such grace and humility. The establishment of this Chair is an historic moment for the Orthodox Church and it will help carve out a new chapter in Orthodox-Catholic relations.”

Named for His Eminence Archbishop Demetrios, primate of the Greek Orthodox Church in America, the chair is the result of a $2 million gift from the Jaharis Family Foundation, which provides grants to arts, cultural, and religious institutions. The establishment of the chair marks a first for Orthodox studies nationally and ensures the discipline’s perpetuity at Fordham.

“This is the first chair in Orthodox theology at any university in the country,” said George Demacopoulos, Ph.D., professor of theology and co-founding director of the Orthodox Christian Studies Center. “This chair is in many ways one of the cornerstones of the center, so its holder will always be fully integrated with the work and mission of the Orthodox Christian Studies Center.”

Founded by Papanikolaou and Demacopoulos in 2007, the Orthodox Christian Studies Center is the first university-based site for Orthodox Christian Studies in the western hemisphere. Its mission is to foster intellectual inquiry and ecumenical dialogue by supporting scholarship and teaching critical to the ecclesial community, public discourse, and the promotion of Christian unity. Events include the annual Orthodoxy in America Lecture Series and the Patterson Triennial Conference in Orthodox/Catholic Relations, as well as a host of curricular, research, and outreach activities throughout the year pertaining to the study of Orthodox Christianity.

Last year, the Center received a prestigious challenge grant from the National Endowment of the Humanities (NEH), one of the largest funders of humanities programs in the United States. The $2 million endowment that will come from both the center and NEH in a three-to-one matching grant will fund the center’s Distinguished Scholar-in-Residence program and Dissertation Completion Fellowship program.

Fordham is the only university in the United States to offer an interdisciplinary minor in Orthodox Christian studies.