skip to main content
Return to Fordham University
You are at:Home»Inside Fordham»Theology Professor Emeritus to Become President of the Catholic Biblical Association of America

A former Fordham professor and longtime member of the Catholic Biblical Association of America (CBA) will earn the distinction of becoming the 76th president of the association this July.

The Rev. Richard J. Dillon, professor emeritus of theology, was elected vice president of the CBA during the group’s annual meeting in June of 2011. Following his term as vice president, Father Dillon will assume his role as president during the 75th International Meeting of the CBA, which will be held July 28 through 31 at the University of Notre Dame.

Father Dillon retired in 2008 after 30 years at Fordham, seven of which he was chair of the theology department. In addition to his 46-year membership in the CBA, Father Dillon served for four years as editor of The Catholic Biblical Quarterly, the official journal of the CBA.

The CBA was established in 1936 by Bishop Edwin O’Hara, chair of the Episcopal Committee on the Confraternity of Christian Doctrine, to promote biblical study and improved biblical translation. The group prompted a revision of the Challoner-Rheims translation of the New Testament in 1941, and in 1970 published new translations of both the Old and New Testaments under the title “The New American Bible.”

Over the last seven decades, the CBA has encouraged scholarly study of the Bible and has grown from its original 50 members in 1936 to more than 1,500 worldwide. 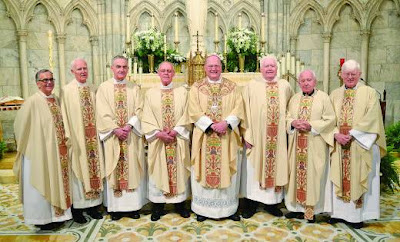