skip to main content
Return to Fordham University
You are at:Home»Inside Fordham»The Francis Effect in Washington 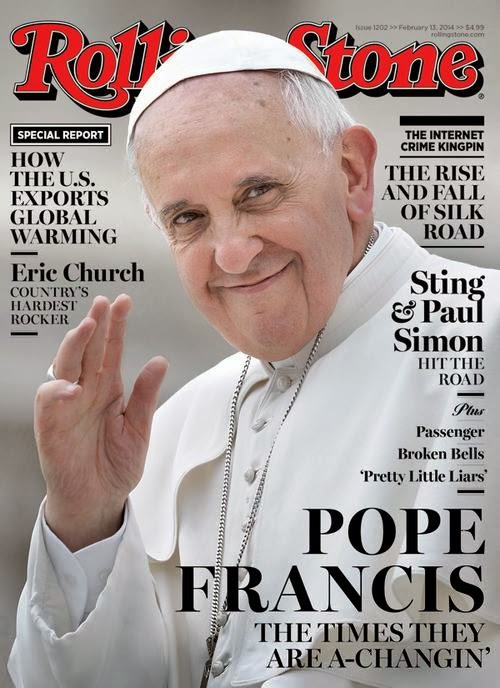 March 21 Update: It seems that Pope Francis is being talked about everywhere. Just this week his image landed on the cover of Rolling Stonemagazine, of all places. His presence has been ubiquitous in the nation’s broadsheet newspapers since his election.

One subject that has been trending lately in the political circles is his influence on lawmakers in Washington, D.C. A January 5 article in The New York Times anecdotally assessed the pontiff’s impact on the capitol, citing examples of both Democrats and Republicans aligning themselves with Francis’s views on poverty–though their approaches differ. With President Obama scheduled to meet the Pope on March 27, Washington punditry will no doubt crash into Vatican intrigue.
One person who is eminently qualified to weigh in on both worlds is Melinda Henneberger of The Washington Post. After ten years reporting for The New York Times from Rome and D.C., Henneberger knows the turf well. Her talk at Duane Library’s Tognino Hall on Monday, March 24 at 4:30 p.m. is titled “A Francis Effect in Washington.”

The idea for the lecture sprung from a course being taught by theology professor Michael Peppard, Ph.D. and political science professor Monica McDermott called “Religion and American Politics.”

“It’s relatively rare that the two departments team up for something like this,” said Peppard. “We targeted Melinda because she’s known for her straight political reporting, but she also has clout in the Catholic community for her commentary on religion as well.”
Fordham UniversityPope Francis
Share. Twitter Facebook Google+ Pinterest LinkedIn Tumblr Email