skip to main content
Return to Fordham University
You are at:Home»Living the Mission»Scholar to Examine Religious Connections to Ukraine War

The Russian invasion of Ukraine captured the biggest spotlight on the world stage in February, and eight months later, the war it ignited continues to rage on.

But there’s more to the war than just missiles and economic sanctions, said Elizabeth Prodromou, Ph.D, a non-resident senior fellow at the Atlantic Council’s Eurasia Center. To fully understand why Vladimir Putin plunged his country into war, Westerners would do well to look at his connections to the Russian Orthodox Church. 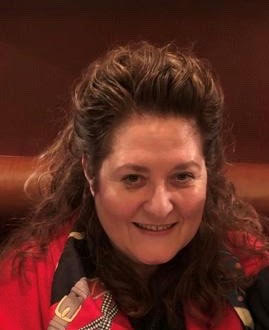 On Nov. 2 at 6 p.m., Prodromou will explore the issue in “Deconstructing Russia’s Ukraine War: Religion, Power, and the Geopolitics of Orthodox Christianity” at Fordham’s Lincoln Center campus. Her talk, the annual Economos Orthodoxy in America Lecture, is presented by Fordham’s Orthodox Christian Studies Center.

“What I want to do is peel away some of those layers and focus on the other features of the war, namely the importance of Ukraine as a space of contestation for Russia, vis-à-vis not only the hard security interests of the transatlantic alliance of NATO, but also the values that the alliance claims to represent,” said Prodromou, who is also faculty director of the Initiative on Religion, Law, and Diplomacy at Tufts University.

“Russia sees Ukraine not only in terms of its territorial importance and its existential security interests but also as a critical religious and cultural space for the protection of and projection of its own values and influence.”

To understand why culture plays as large a role as territory in the war, Prodromou said one need only observe the closeness between Putin and Patriarch Kirill of Moscow, Primate of the Russian Orthodox Church. Unlike the majority of Orthodox Church leaders around the world, Patriarch Kirill has pointedly not criticized the invasion.

“Not only has he refused not to condemn the war, but he has also been supportive of Vladimir Putin’s articulation for the rationale for the war. As a consequence, Patriarch Kirill has been subjected to withering  criticism from other Orthodox Churches worldwide, including Bartholomew, the Ecumenical Patriarch of Constantinople,” she said.

“That has produced enormous tension and contestation within the Russian Orthodox church, as well. Not a lot of it is very public, but by virtue of reportage from priests, lay people, and experts in that church, it’s clear there is a grave disagreement within the Moscow Patriarchate about the support for the invasion.”

In her talk, Prodromou said she will explore the relationship the Russian Orthodox church and the Russian government have had going back decades. Although the church was violently suppressed during the Cold War, it initially flourished after the Soviet Union collapsed, having found a supportive partner in the government that followed. Patriarch Kirill’s support of the Ukraine invasion has clouded the picture of the partnership, in ways that Prodromou said echo how bishops in the Roman Catholic Church once allied themselves with autocratic leaders in Central and South America.

“That church/state closeness, in the form of the alliance between Putin and the patriarch, has led to a cynicism among many Russian Orthodox believers,” she said.

“Some speculate whether this is a church-state relationship that has been cemented, or whether it is just a partnership between Putin and Kirill. In a post-Putin and post-Kirill world, what will the relationship between the church and the state look like? That’s hard to predict.”

If there is a positive development to the current situation, it’s that Patriarch Kirill’s endorsement of the war has also thrust Orthodox Christianity in general into a brighter spotlight.

“It has moved aside the conventional, essentializing stereotype that all Orthodox Christianity is the same, regardless of local conditions.”

It’s also a good display of the value of “soft power.” In exchange for giving his blessing to the war, she said, Patriarch Kirill has found in Putin an enthusiastic proponent of the social conservatism that he favors.

“There are all these kinds of power in the power toolbox—hard, soft, sharp, smart, and I’ll be exploring these in my lecture,” she said.

“Especially in the 21st century, there’s a whole host of tools of power that can be deployed for influence building and projection of influence, whether by force or other means.”

George Demacopoulos, Ph.D., the co-founding director of the Orthodox Christian Studies Center, said he expects Prodromou’s talk will be enlightening for anyone who cherishes the value of free religious expression that has not been co-opted by politics.

“For years, Dr. Prodromou has been a champion of the twin causes of religious freedom and human rights, particularly in the Middle East,” he said.

“Few have her comprehensive understanding of the lived experience of religious minorities in fraught political situations.”