skip to main content
Return to Fordham University
You are at:Home»Living the Mission»Restless for Life: Tanzania School Taps Student for Help

Barbara Bemer is taking the lessons she learned at Fordham and putting them into practice in East Africa.

Bemer, a 2015 Fordham College at Rose Hill graduate and one of the first students to major in Humanitarian Studies, is headed to Mlali, Tanzania, next month to work at the Queen Elizabeth Academy.

She was chosen by San Francisco-based Mama Hope for a nine-month fellowship to help the academy raise funds and build a boarding house for students. The group is covering travel and lodging expenses, but Bemer is raising funds on her own to support the project. She’s already raised half of the $20,000 goal, and plans to raise the rest after she returns. 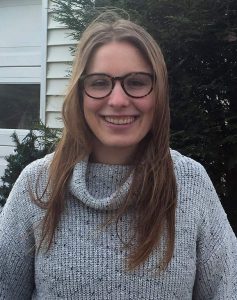 The Queen Elizabeth Academy, which was founded as a shelter for destitute children in the immediate area, has grown to the point where administrators would like to build housing to accommodate children from the nearest town three hours away. This will enable the school to attract students who can pay and therefore subsidize more children who cannot afford the cost; for every paying student, one will be admitted for free.

For Bemer, the fellowship is both a natural extension of her scholarship (she wrote her senior thesis on how climate change will affect food security in Tanzania) and an opportunity for personal growth. When her mother died from brain cancer in December 2014, she spent the spring of 2015 staying focused on graduation. Now that enough time has passed, the moment seems right to try something big, she said.

“I’m excited to do something for myself and take a chance to be inspired by a community of people I’m working with. My mother always pushed me to keep going, and I feel like she’d be really happy that I decided to just go for it, to figure it out while I’m doing it,” she said.

Her interest in international humanitarian affairs exists in part because it’s a relatively new field, she said. There are still active debates about which approaches work best, she said, and programs that were started 20 years ago are only now beginning to yield measurable affects. Having gone through a boot camp of sorts in preparation for the three-month stay, Bemer is both excited and nervous about being part of the developing field.

“Since I’ve learned a lot about being involved in development as an outsider, I’m nervous about understanding my role in the community without overstepping my boundaries. Its something I’m really conscious and aware of. I hope to learn a lot from them,” she said. But neither will she be “too shy.”

“The community also appreciates an outsider’s point of view,” she said.

(See a slideshow of activity at the Queen Elizabeth Academy in Tanzania.)