skip to main content
Return to Fordham University
You are at:Home»Editor's Picks»Pope Francis, Liberation Theology, and a Changing Church

A few weeks ago, on the plane ride home from South Korea, Pope Francis announced that the Vatican had paved the way for the beatification and eventual sainthood of Salvadoran Archbishop Óscar Romero, who was assassinated in 1980 while saying Mass. For decades, his sainthood had been blocked due to Rome’s reluctance to fully endorse the liberation theology movement, of which Archbishop Romero was an outspoken member. 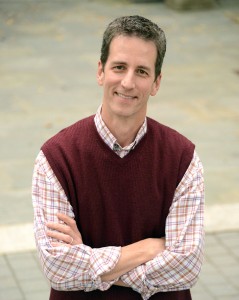 The Catholic Church has had a complicated relationship with liberation theology, said Associate Professor of Theology Michael Lee, Ph.D. On the one hand, the movement’s emphasis on economic and social justice for the poor squares with Jesus’ message in the Gospels. On the other hand, its rumored connections to communism and the occasional violent outburst made the Vatican wary.

However, through actions such as sanctioning Archbishop Romero’s beatification, Pope Francis is demonstrating that the Church ought to draw on the Gospels to find a middle ground within even the most controversial issues.

Watch Inside Fordham’s interview with Lee on the pope’s attitude toward liberation theology and its impact on the Church.