The research they are engaged in varies significantly, from theology of gender to art history, to a modern historical study of Christian media in the modern Middle East.

“What I love about that is that diversity really showcases what we understand Orthodox Christian Studies to be, as this broad network of methodologies and disciplines that connect scholars who wouldn’t ordinarily be in communication with one another,” said George Demacopoulos, Ph.D., the Father John Meyendorff & Patterson Family Chair of Orthodox Christian Studies and co-director of the center.

“But because of this common core of history, thought, and culture of the Orthodox Christian world, you have these projects that end up being connected through the center.”

Aristotle Papanikolaou, Ph.D., the Archbishop Demetrios Chair in Orthodox Theology and Culture and co-director of the center, agreed, noting that in the three years since the first fellowship was offered, applications have come from around the globe.

“One of the things we really look for, and it’s really evident in all three of these fellows, is some kind of engagement with Orthodox Christianity in conversation with contemporary thought,” he said.

A Space for Feminist Critique 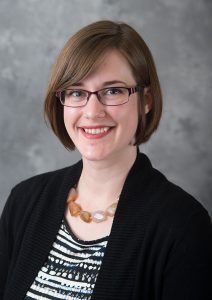 Purpura earned her Ph.D. in the history of Christianity at Fordham. Her first book,
God, Hierarchy, and Power: Orthodox Theologies of Authority from Byzantium (Fordham University Press, 2018) offered a rethinking of the development and maintenance of “hierarchy” as a theological concept. She will use her fellowship to work on her second monograph, tentatively titled Sanctifying the Patriarchal Woman: (mis)Representing Gender Equality in Orthodox Christian Tradition.

“I’m not trying to recover a tradition that hasn’t been recorded, but just point to the spaces where the tradition that we have is problematic if we do theologically believe, as Orthodox Christians, that women are spiritually and equal to men, made in the image and likeness of God,” she said.

“We need to talk about gender as something central to our theological understanding.”

The Role of Religion During Disaster

Romashko, a native of Belarus, will use her fellowship to begin writing her dissertation, “Coping with Disaster: Visual Narratives of Vernacular Religion in the Post-Chernobyl World.” 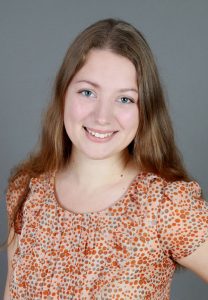 In it, she plans to analyze Russian Orthodox icons depicting the Chernobyl disaster and Russian Orthodox churches built to commemorate it in Belarus. Growing up there, she said, she took for granted the ways in which the disaster is internalized in daily life. When she moved to Germany, she found very little had been written about what she lived through.

“All the research that I could find on Chernobyl was about Ukraine, and it was written mostly about either how it medically affected people, or what it meant for the breakdown of the Soviet Union,” she said, noting that she’s focused on areas of the country that are still populated occupied today, and not the “frozen zone” surrounding the destroyed power plant.

“Very little is written about Belarus, even though 23% of the area that was contaminated was there.”

As part of the dissertation, she will direct special attention to memorial art such as The Savior of Chernobyl, which was used to convey fears and challenges caused by nuclear contamination. She’s especially interested in the representation of women, children, and people with disabilities.

“How do they describe how this completely technological disaster should be depicted through images such as Mary and Jesus, or similar things? Because it was truly an atheistic country at the time when it all started,” she said. 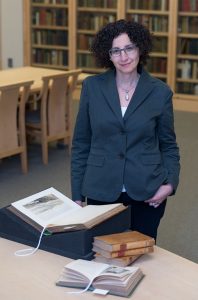 Armanios will use the Coptic Fellowship to write “Coptic Orthodox Television: A Modern History,” which focuses on the history of Coptic channels in Egypt and the Coptic Christian diaspora. It is the final section of her book manuscript, Satellite Ministries: The Rise of Christian Television in the Middle East.

It’s a project she began 10 years ago when she began examining how television played a role in the Coptic Christian Orthodox community in Egypt.

“I started asking questions about the origins of what Christians in Egypt were watching, what channels were they drawn to, and lo and behold, this opened a Pandora’s box of a much larger project about the special history of Christian television in the entire Middle East,” she said.

Demacopoulos said this year’s cohort of fellows, which was chosen by an independent team of evaluators, is all women, just as it was last year. This is a happy coincidence, he said.

“It’s an indication that when you go into the fellowship process looking for new and creative projects, you end up selecting perhaps a different kind of recipient then you might have 20 or 30 years ago,” he said.

“All three of these projects are really speaking to the modern church even though they’re drawing in certain ways on the history of Orthodox thinking and tradition. They’re all absolutely engaged with questions of the modern church.”