skip to main content
Return to Fordham University
You are at:Home»Inside Fordham»Faculty Reads»On Flannery O’Connor and Facing the Challenges of Faith 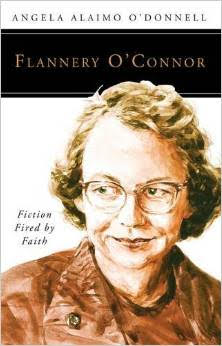 Angela Alaimo O’Donnell recalled her first encounter, as a 19-year-old undergraduate, with the works of Southern Gothic writer Flannery O’Connor. O’Connor’s story, “A Good Man is Hard To Find,” brings a nasty old grandma face-to-face with a serial killer who systematically murders her family, and then kills her as she reaches out to him in a moment of miraculous compassion for his loss of faith.

“She would of been a good woman,” the killer then says, ‘if it had been somebody there to shoot her every minute of her life.”

“I didn’t know what to make of it,” said O’Donnell, associate director of The Francis and Ann Curran Center for American Catholic Studies, who found the writing funny and horrible at the same time. “[About O’Connor] I thought ‘wow, what a ghoul.’”

A few years later, however, O’Donnell, then a graduate student, discovered that O’Connor’s dark, humorous, and disturbing fiction was deeply rooted in religious themes—good, evil, grace, redemption—and that the author was a devout Catholic.

Flannery O’Connor, Fiction Fired by Faith (Liturgical Press 2015), a new book by O’Donnell, now examines O’Connor and her works through that Catholic lens.

The book maps O’Connor’s journey from her young girlhood in Savannah’s segregated Catholic neighborhood of Lafayette Square to formative years in the small town of Milledgeville to her ensuing literary success and subsequent demise from a disease that also killed her father. 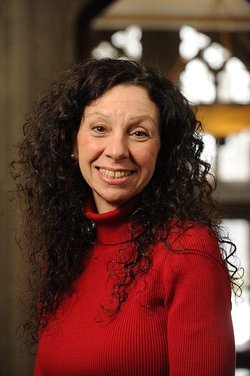 O’Donnell, an accomplished poet who has taught English for 10 years at Fordham, said she frequently includes O’Connor’s work on her class syllabus.

“She’s a cornerstone of great American and American-Catholic writers,” she said.

Although she recently published a book of hours based on O’Connor’s prayer practice, The Province of Joy (Paraclete, 2012), and has written both memoir and poetry, O’Donnell had never tackled a biography.

“It gave me an opportunity to revisit O’Connor primarily with a focus on her spiritual life—the relationship between her faith and her art.”

The 130-page book explores how O’Connor’s religion shaped and defined her experiences over the course of her short life (she, too, died from complications from Lupus).

As a young student at the Iowa Writer’s Workshop, O’Connor struggled with the many “non-believers” who populated her world, fearing her own loss of faith.

When she got sick a few years later, and returned to Milledgeville and her mother’s care, she found grace in her continual suffering.

Too ill to leave, O’Connor relied on the tenets of her faith to give her the strength to continue writing. She prayed and attended Mass daily, and wrote of the small-town life she observed. O’Donnell said many of her stories from this period reflect a physical and spiritual sickness, manifested through characters with missing limbs, deafness, muteness, poor eyesight, and other afflictions of suffering.

“The grace that she finds when she goes back to Milledgeville is that there are so many interesting people,” said O’Donnell. “And she writes about the people she knows best. That becomes her world.”

While O’Connor’s stories don’t feature many Catholic characters, the worldview portrayed in the stories is steeped in the incarnation, the Last Judgment, spiritual embodiment, and other Roman Catholic themes.

“Her characters are enacting over and over the story of the fall from grace, and redemption,” said O’Donnell. “She can’t help herself. That is the world she believes in.

“The church, for Flannery, is the only source of salvation in an increasingly troubled world.” (top photo courtesy of everythingthatrises.com.)