“From time to time we hear certain (inevitably male) voices speak of the need for a ‘theology of women’ in the Church, when what is really needed is to listen to the actual voices of women theologians,” wrote Orbis Books publisher Robert Ellsberg in a letter about the company’s latest publication. 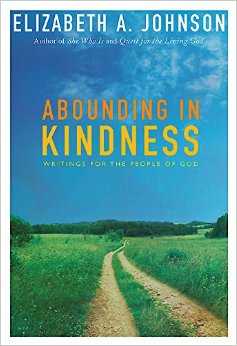 The voice that Ellsberg had in mind is that of internationally renowned theologian Elizabeth Johnson, CSJ, whose new book Abounding in Kindness: Writings for the People of God (Orbis Books, 2015) re-envisions central themes of Christianity from the oft-neglected perspective of women.

The book is a collection of articles and lectures that Sister Johnson, Distinguished Professor of Theology, has produced over her long career. The chapters cover an array of topics, such as the question of the historical Jesus; atheism and faith; the meaning of creation in light of ecological devastation; torture; and issues relating to women and the Church.

At the heart of the book, Sister Johnson said, is the idea of a compassionate “living God” who is actively engaged with the suffering world. Counter to the image of a white-bearded man in the sky, the living God refers to “the wild, mysterious God, way beyond human ability to comprehend or control.”

“Rather than a distant monarch, the living God is found to be present and active in the midst of the world’s struggles with a compassion that awakens hope,” Sister Johnson said. “This galvanizes human efforts to resist evil and care for the poor and brokenhearted.”

The feminist perspective that inspires Abounding in Kindness is not a stance that is explicitly argued for, Sister Johnson said; rather, feminism serves as the lens through which each theological and religious issue is considered. Such an approach is meant not only to amplify women’s voices, but also to unearth fresh ways of thinking about God and Catholic doctrine.

“I opt for a liberation perspective which endorses the full human dignity of women, made in the image and likeness of God equally as are men. Since this equality has still not been realized in history, one must criticize and reimagine religious meanings to release their liberating effects,” she said.

For this reason, she said, the theology offered by Abounding in Kindness is not just for women—it is for “all the People of God.” 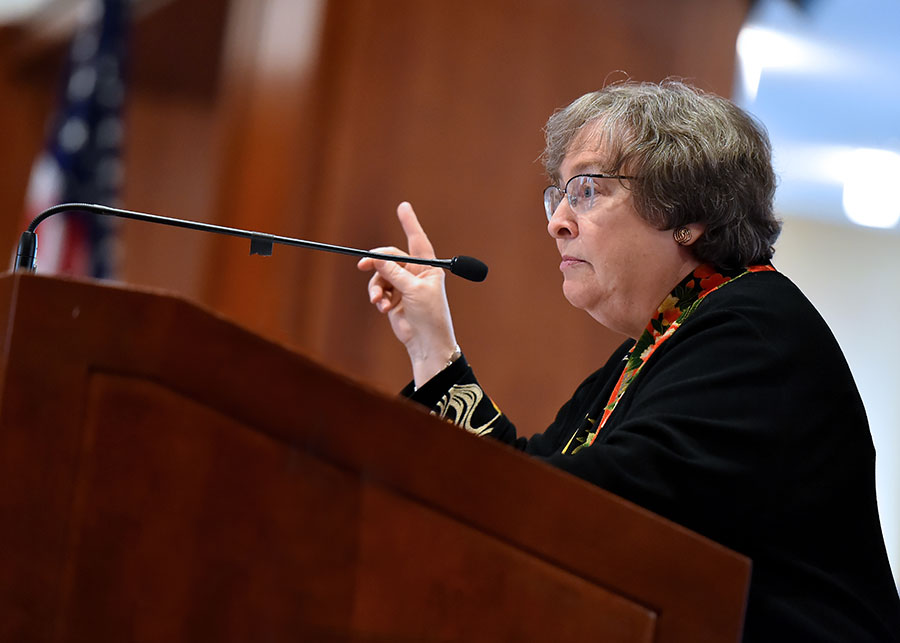 “The U2 singer Bono once said that once you see something, you can’t un-see it,” Sister Johnson said.

“Once I discovered through social analysis that women of all races and classes have been systematically subordinated in every institution in religious and civil society, a feminist view shaped my theological work.”

Sister Johnson is one of the most influential Catholic theologians in the world, having published widely and won some of the highest awards and distinctions available to scholars. She is known particularly for the feminist perspective that she both brings to and extracts from Catholic doctrine.

At a lecture sponsored by the Graduate School of Religion and Religious Education (GRE) on April 14—at which GRE Dean Colt Anderson, PhD referred to her as “the most significant theologian in the English-speaking world today”—Sister Johnson discussed how the person of Mary Magdalene could help reclaim the role of women in the Catholic Church.

Sister Johnson will give the lecture a second time on Tuesday, April 21 at 6 p.m. in Tognino Hall, Rose Hill campus.