skip to main content
Return to Fordham University
You are at:Home»Inside Fordham»Media Spotlight: Patrick Hornbeck Weighs in on Vatican Strengthening its Financial Oversight 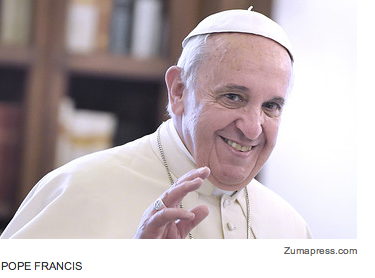 It’s not every day that publications focusing on corporate compliance and governance feature pieces about Pope Francis. But on May 21st, the Wall Street Journal’s “Risk and Compliance Journal” did just that, and featured a Fordham faculty member’s quote with it.

Journal columnist Gregory Millman says Pope Francis “appears to be taking a leaf from the corporate compliance playbook with major reforms of the Vatican’s governance and finances, aimed at guarding the Holy See’s reputation and making its dealings more transparent.”

The Vatican’s anti-money-laundering unit, the Financial Information Authority, on May 20 released its first annual report, and Millman reports that compliance changes at the Vatican go much further, and include establishing three new bodies with jurisdiction over finance and administration.

The essentials of the new governance structure were sketched out by Pope Francis in a February document called a Motu Proprio.

The objective is to bring 21st-century governance to an ancient organization whose traditional administration was inadequate to prevent the well-publicized scandals of recent years, Millman says:

“The first of the new Vatican organizations is a Council on the Economy, whose membership includes eight cardinals and seven lay experts. The second new unit, a Secretariat for the Economy, is equal in rank to the Vatican Secretariat of State. It reports directly to the Pope, and has jurisdiction over operational matters including controls, policies and procedures, purchasing and human resources. The third element of the new governance structure is an independent auditor general.”

Millman also says “Pope Francis’s governance changes also strike a blow against one of his bête noires: clericalism, or excessive deference to the clergy even in areas where clerical status is irrelevant.” And this is where a Fordham theology expert weighs in:

Patrick Hornbeck, professor and chair of the theology department at Fordham University in New York, said that the new structure’s provision for sharing of power between clergy and laity is “a significant and a distinctive feature of the emerging style of Francis’s papacy,” explaining, “I think that Pope Francis is recognizing that, with respect to issues like the economy, lay experts who deal in matters of finance and governance and compliance for a living might be better positioned to advise him on these issues than members of the clergy might.”