Camille Tacastacas, Veronica Muoio, and Josh Voges—all of whom graduated from the Graduate School of Arts and Sciences on May 21—are among approximately 25 fellows selected from hundreds of applicants for the yearlong program. Tacastacas and Voges have both been offered fellowship positions in Malawi and Rwanda, respectively. Muoio’s placement is pending.

The global fellowships typically lead to full-time positions within CRS. 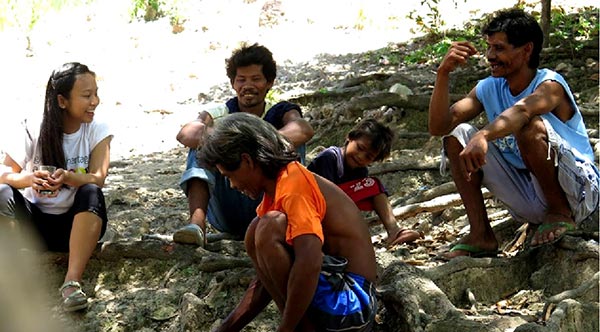 Camille Tacastacas, recipient of a CRS fellowship to Malawi.
Photo courtesy of IPED

“This has been an exercise in shattering those labels and taking people just as they are, giving them a chance to express their whole personhood and humanity.”

In Sierra Leone, Tacastacas has been doing operations research for a project that addresses acute malnutrition in young children. A graduate of the Jesuit Ateneo de Manila University in the Philippines, Tacastacas also served as a member of Jesuit Volunteer Corps prior to her Sierra Leone placement.

In Malawi, she will do research for Ubale (United in Building and Advancing Life Expectations), a USAID-funded project on food security and nutrition.

“The Jesuits at Ateneo de Manila inculcated in me the value for social justice,” she said. “That exposure to the least, the less, and the lonely made me want to marry my life’s work with the needs of the world.” 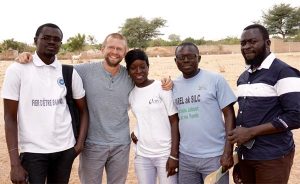 Josh Voges, recipient of a CRS fellowship to Rwanda.
Photo courtesy of IPED

Voges, who is completing a CRS internship in Senegal, is a former Peace Corps volunteer who said he learned the value of economic development when was stationed in Morocco. Recently, he received a message from a basket weaver celebrating the economic success of a workshop that he, Voges, and and other villagers had built.

“He said he was spending the weekend at the beach with his family and friends celebrating, because they had been able to produce and sell a record number of baskets last summer,” said Voges. “He said they used the increase in revenue to purchase a truck so that the artisans would no longer have to pay each week to have the merchandise delivered to the markets.”

In Senegal, Voges has been designing an emergency behavior change intervention in Cape Verde in response to the Zika epidemic. He also coordinated a proposal for a $1.5 million USAID grant to support peace and reconciliation efforts in southern Senegal.

In Rwanda, he will work with CRS to develop community-based models to strengthen local agriculture, nutrition, and economies. 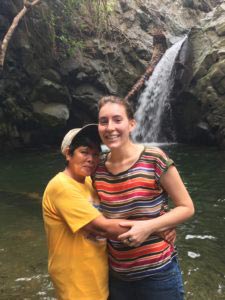 Helping local communities become self-sustaining is at the heart of the CRS mission, said Muoio.

A former Peace Corps volunteer, Muoio said, “The most rewarding part of the work was seeing our students and participants in the programs get really engaged and then go and launch programs and projects of their own—taking what we were doing in our center and bringing it out to the community to share with others.”

Muoio is an intern at the United Nations Development Programme, where she is working on issues related to gender equality around the world. Her CRS fellowship placement is pending, but she said it is likely she will work with Syrian and Iraqi refugees in the Middle East.

“Working with local partners is what CRS does best,” she said. “And they set a standard for other organizations—because the ideal in the industry to is to work yourself out of a job.”