skip to main content
Return to Fordham University
You are at:Home»Living the Mission»Fordham in Rome: Reflections From University Leadership
Armando Nuñez, Kim Bepler, President Tetlow, and Meaghan Jarensky Barakett with Cardinal Pietro Parolin in the Apostolic Palace. Photos by Taylor Ha
This summer, members of Fordham’s senior leadership traveled to Rome to celebrate the 500th anniversary of the spiritual conversion of St. Ignatius Loyola, the founder of the Jesuits, who spent 15 years in Rome. The pilgrimage was also an opportunity for the University’s leaders to strengthen Fordham’s global presence and build new partnerships abroad. In a Q&A, three members of the delegation—chair-elect of Fordham’s Board of Trustees, Armando Nuñez, and trustees Kim Bepler and Meaghan Jarensky Barakett—discuss the long-lasting impacts of the pilgrimage.

All of you have traveled to Rome before. How was this experience different?

AN: This was my first pilgrimage. Our access to the Vatican hierarchy, our meeting with the head of the Jesuits, the opportunity to bond with other members of Fordham—and the timing of all that with our new leadership—was quite extraordinary.

KB: Eight years ago, I embarked on a pilgrimage with my late husband, Stephen Bepler, the love of my life. Steve loved his Jesuit education at Fordham, and he was fully indoctrinated in how a Jesuit education is a transforming experience. For many years, there was a paperback book on his desk—Ignatius Loyola: Spiritual Exercises by a Jesuit named Joseph Tetlow—and I often saw it, not realizing that someday I would meet his niece, Tania Tetlow. A few months ago, Tania sent me my own copy. I read the entire book before our 2022 pilgrimage and took it with me to Rome. I wanted to see what encouraged Steve about his Jesuit education. I’m glad that I rejoined that extraordinary pilgrimage and spiritual reflection with Father Cecero and, of course, Roger Milici. On the trip, I also met a woman who is agnostic, yet appreciates, admires, and respects what we’re doing. She sees this as an opportunity to understand not only her perspective of what religion is, but to see how people gravitate towards this idea of spirituality and St. Ignatius.

MJB: I first visited Rome 20 years ago on a vacation with my best friend—my first time traveling outside the country as an adult. During this pilgrimage to Rome, my goal was to have a stronger connection with Fordham and a deeper understanding of the history that the University is built upon. When I became a trustee, I learned a lot of information about the Jesuits. But it’s different to experience something in person, instead of reading about it. This trip was more of a lived experience and it gave me the opportunity to spend time with Tania, fellow trustees, and other friends of Fordham. Overall, the pilgrimage helped me to deepen my love for and commitment to the University and allowed me to look within myself.

What is your relationship with the Catholic faith? 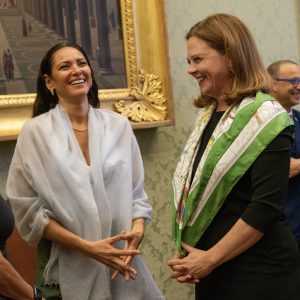 AN: I am Catholic. I’m the beneficiary of a Jesuit education, between Xavier High School and Fordham, and I continue to experience a deep appreciation for the history, legacy, and continued leadership of the Jesuits.

KB: I was born and raised Catholic. While I don’t necessarily look to the hierarchy of the church, I follow my heart and my spirituality in the journey of my life to understand something that is bigger than I am.

MJB: I was raised Catholic. I respect many things that I learned from my Catholic upbringing and other faiths, but it took me a long time to understand what I believe in and what’s important to me. I don’t like putting myself in a box, but I would identify as spiritual.

What was one of your favorite sites you visited during the pilgrimage?

AN: I’ve visited the Sistine Chapel many times, but every time I walk inside, it feels like the first time. It’s such a powerful experience to see the hand of God through Michelangelo.

KB: The quarters of St. Ignatius himself. Sitting there and experiencing Father Cecero’s Mass—and then hearing Tania Tetlow, a trained opera singer, sing a hymn—was utter perfection. It was simple, but so powerful that it took my breath away.

MJB: There were so many sites. When you’re in a place like a church, it evokes the enormity of so much history. It reminds you of how small we are and how big the world is, of everything that’s come before and everything that’s to come after. I loved being in a place where that history felt palpable. 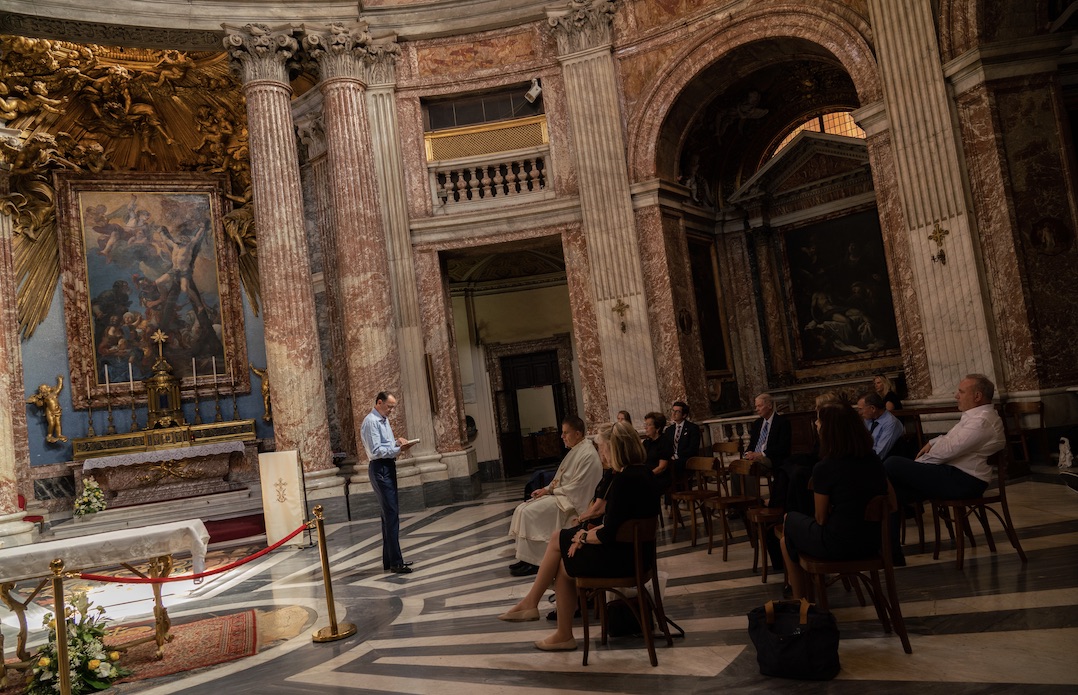 How do you feel the delegation’s meetings at the Vatican have helped to advance Fordham’s mission?

AN: It was gratifying and reassuring to hear Cardinal Versaldi talk about how our mandate in Catholic education is global because Fordham itself is global. Nearly 9% of the undergraduate class of 2026 comes from outside the U.S., and we have a London campus and plenty of study abroad opportunities for our U.S. students. We still have room to expand. It’s important that we continue to form relationships with other Jesuit and Catholic institutions around the world. It’s part of the mandate of being Jesuit, of being global. Our new ties with the Vatican will continue to be important as we enter this next exciting chapter at Fordham with President Tetlow. 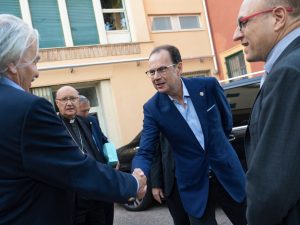 KB: It was extraordinary to be brought into the Vatican and to meet the hierarchy of not only our church, but also the Jesuits. This is critical because we are developing new diplomatic ties for Fordham in Rome. I hope that on our next trip there—hopefully a year from now, where more trustees will join us and understand the value of this pilgrimage—that we have a two-way dialogue with Villa Nazareth.

MJB: I enjoyed our meeting with Cardinal Versaldi, who spoke about respecting the roots and the history of the Catholic church while being able to change with the times. I was pleasantly surprised to hear him bring that into the conversation.

Why was this trip so important at this particular time in Fordham’s history?

AN: We are a Jesuit university, but our students come from many different backgrounds. Irrespective of their religious affiliation—or no affiliation at all—the concept of a Jesuit education still resonates with them. As we transition to lay leadership, we as a board have more responsibility than ever to uphold our identity as the Jesuit University of New York.

This interview has been edited and condensed for clarity. This article is part of a series of stories about the Rome pilgrimage. Read the original full-length story here.