skip to main content
Return to Fordham University
You are at:Home»Living the Mission»Curran Center Contest Highlights New Scholars of Catholicism

Tuan Hoang earned a Ph.D. in history in 2013. But this year, he’s made his mark in the field of religious studies.

In April, Fordham’s Curran Center for Catholic Studies chose Hoang—an assistant professor of Great Books in the Humanities/Teacher Education Division at Pepperdine University—as the winner of its inaugural New Scholars essay contest. For his paper Ultramontanism, Nationalism, and the Fall of Saigon: Historicizing the Vietnamese American Catholic Experience, (American Catholic Studies, Spring 2019), the Vietnamese native was awarded a $1,500 cash prize. 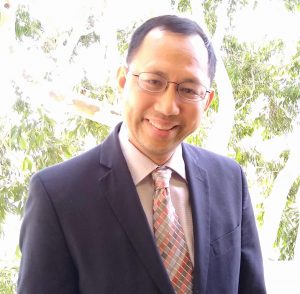 “It means a lot,” said Hoang, who noted that religious studies was something he became interested in only recently. “I came into this field a little bit later, so I was delighted to be recognized for filling in this important gap for Vietnamese Catholics in the U.S.”

John Seitz, Ph.D., an associate professor of theology at Fordham, said Hoang’s paper stood out because of its sensitive portrayal of an underrepresented group of Catholics in a historical period that has also been underrepresented, in terms of scholarly attention. Of particular note, he said, is how Hoang showed how Vietnamese refugees’ experiences parallel with those of 19th-century Irish immigrants.

“We were impressed with the contribution this makes to broadening the story of American Catholicism in the U.S. by including the voices and perspectives of people who usually aren’t in the story,” Seitz said.

“At the same time, there’s a kind of sensitivity to the way he treats their sorrow and loss as exiles. It’s a painful history that gives a new angle on the fabric of U.S. Catholics, and a new way of attending to the perspectives, agonies, and hopes of American Catholics—in this case, refugees from Vietnam.”

The contest, which is open to scholars who have received their doctorates in 2013 or later and have published in a journal in the last year, is limited to scholarship about Catholicism in the Americas. It also serves to create a network of like-minded experts that the Curran Center can tap into for future events and collaboration, said Seitz. The papers submitted covered topics such as women religious and the struggles they face with male authorities, objects of devotion, and Black Catholics.

“We’re always on the lookout for ways to support innovative scholarship, and this idea of running a competition for essays was just one way to encourage people to submit things they’d written on Catholic studies in the Americas, and show us the breadth of their scholarship,” he said, noting that the cash prize was a nice incentive since they are uncommon in the humanities.

“It’s an opportunity to celebrate young scholars and their work with a prize that doesn’t really have any real parallel in the world.”

For Hoang, his interest in highlighting Vietnamese Catholics living in the United States stemmed from both the fact that little has been written about them—despite copious source material existing in magazines, books, and devotional material—and the fact that even though Catholics comprise only roughly 10% of the population of Vietnam, about a third of the Vietnamese refugees who fled to the United States were Catholic.

“I was just curious about how the refugees who came to the United States in the ’70s dealt with the loss of South Vietnam on the one hand, and the adaptation to American society on the other hand,” said Hoang, who came to the U.S. when he was thirteen after spending over a year in refugee camps in Indonesia.

“The article makes the argument that these Catholic refugees adapted what I call an exilic identity. It means, essentially, they identify themselves primarily as a people who are Catholics but who also happen to have lost their nation, the Republic of Vietnam.”

He is planning to do continue doing historical research into many of the themes in the paper, such as national loss and family separation, and publish a book in the future. The prize money will probably go to a bottle of champagne and, when it is safe, to travel funds for further research.

Seitz said it was really tough to choose from the 12 submissions for the contest, which came from the United States and the United Kingdom.

“It really bodes well for the future of American Catholic studies to have received such strong essays for this competition,” he said.