skip to main content
Return to Fordham University
You are at:Home»Colleges and Schools»Graduate School of Religion and Religious Education»Conference Tackles Faith Communities’ Response to Domestic Violence

On Sally MacNichol’s first day volunteering at a battered women’s shelter, she received a call from a pastor. She had barely managed to answer and say “Sanctuary for Families” when he began to yell at her to bring home a woman from his parish who had sought refuge there.

“He was yelling into the phone, ‘Get that woman home! How dare you—she belongs with her husband! Those children belong with their father!” MacNichol said of the experience that launched her 30-year career combating domestic violence.

“I was really shaken. I call that my baptism by fire. It was a call to make it my ministry to figure out how faith, theology, and religious communities intersect with this terrible problem.”

MacNichol, PhD, the co-executive director of CONNECT, a New-York-based nonprofit organization dedicated to preventing interpersonal violence and promoting gender justice, was the keynote speaker at the Graduate School of Religion and Religious Education’s fourth annual pastoral counseling conference on May 6.

Intimate partner violence and domestic violence is defined as any actual or threatened physical, sexual, psychological, emotional, verbal, spiritual, or economic abuse that impairs one’s ability to function in a “self-determining or healthy way,” said MacNichol. Abuse is often coercive and recurrent, and the intent is for the abuser to maintain power and control. 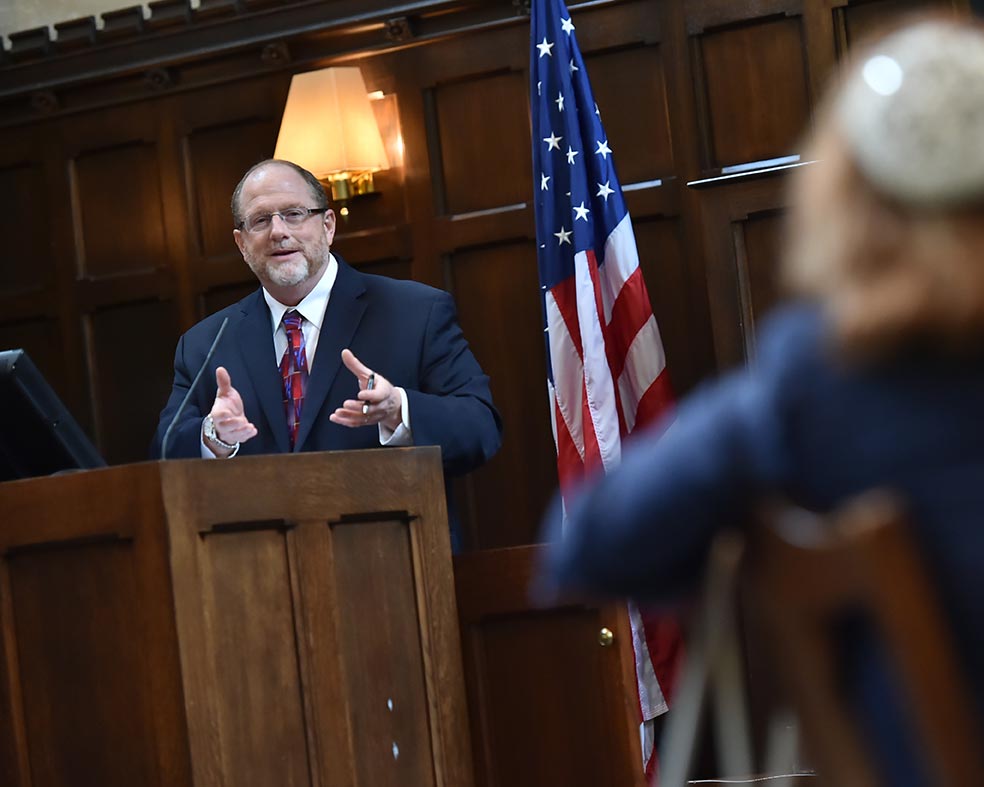 Faith-based and religious communities could be invaluable resources for women, men, and children in crisis, but lack of education and unwillingness to confront these issues cause these groups to mishandle abusive situations, MacNichol said.

“The bible is full of family violence,” said MacNichol, who was recently named one of New York’s New Abolitionists. “We need to start asking ourselves what in our theologies promotes domestic violence? What in our interpretations of scripture and communal practices allow us to turn a blind eye to, or even rationalize and directly participate in, domestic violence?”

Many people judge the severity of abuse by whether or not the victims are physically injured, but MacNichol stressed that all types of abuse can cause lasting harm. The stress of nonphysical abuse can have dire impacts on victims’ overall health. Moreover, because the damage is not visible, victims are more likely to question whether the situation is, in fact, abusive.

“There has never been a domestic violence survivor that hasn’t said to me that the emotional abuse was worse than the physical,” she said. “You can see bruises, and they heal. But you can’t see spiritual and emotional wounds, and these take a long time to heal.”

We need to become more aware and less tolerant of invisible abuses, MacNichol said, or else a wide swath violence will remain undetected and unresolved. Faith communities have the ability—and the responsibility, she said—both to lead these conversations and to reduce inflicting further harm on victims (for instance, working to save an abusive marriage at all costs, rather than helping an abused spouse who is trying to escape). 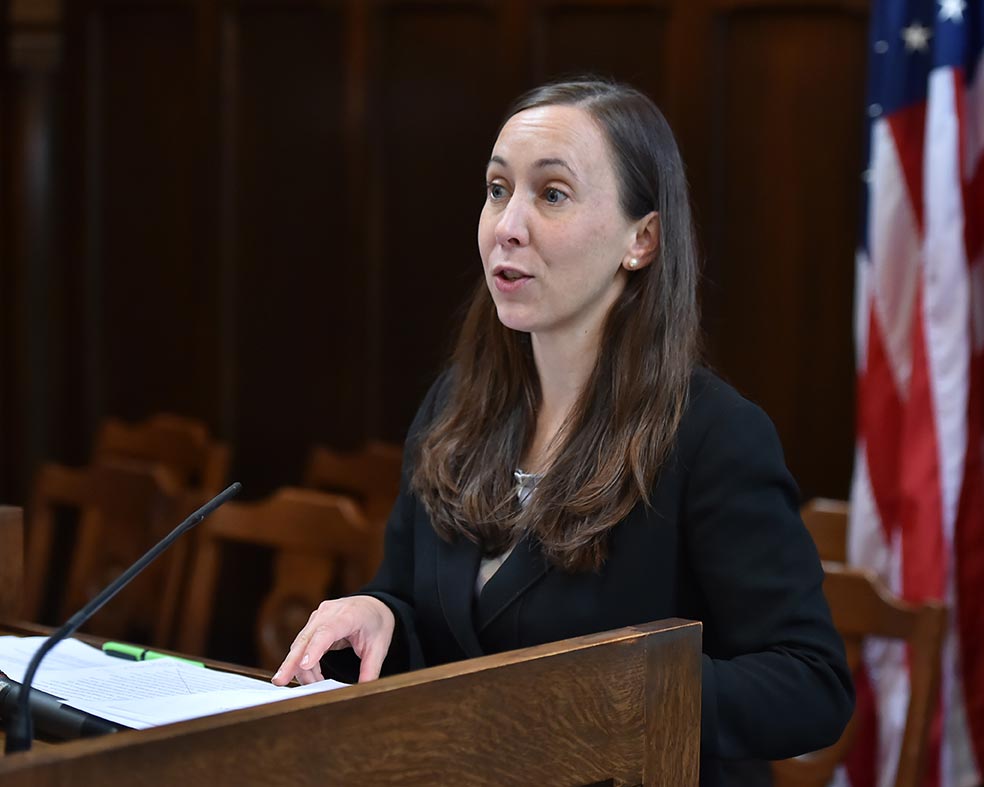 Jill Snodgrass spoke on the “prison paradox” of women finding safety from abuse behind bars.
Photo by Dana Maxson

“When you’re preaching on Sunday, think about how it might sound to someone who is struggling with violence,” MacNichol said. “We have to think about [how we]can create safe spaces where people can come for help… where we can accompany them through the maze of self-doubt and shame.”

The conference also featured Jill Snodgrass, PhD, an assistant professor of pastoral counseling at Loyola University Maryland and an ordained minister in the United Church of Christ. Her talk, “The Prison Paradox: Liberated from Abuse Behind Bars,” detailed the pervasiveness of interpersonal violence and trauma histories among women in prison and the irony that these women find safety only after landing behind bars.