skip to main content
Return to Fordham University
You are at:Home»Living the Mission»Fordham Launches New Effort to Connect with Bronx Partners
Photos by Argenis Apolinario
Fordham’s Center for Community Engaged Learning has become a hub for several well-established (and a few new) Bronx-based relationships the University has fostered over the years.

On Friday, May 6, the center took that effort a step further at a day-long summit at the Bronx Zoo, formally launching a new consortium between Fordham, local government, local institutions, and grassroots partners called “Fordham in the Community.”

The event was held in the Bronx Zoo’s Madagascar building.

The event formalized coordination efforts between the University and community partners that were well underway before the summit. In this case, the goal was to launch the consortium. Going forward, it could be getting kids ready to go back to school, a concert to draw visitors to a business hub, or efforts to help in times of crisis.

“It’s deeply important for the Fordham community and its neighbors to get a chance to be able to come together, build solutions together, and work in collaboration,” said Julie Gafney, Ph.D., director of the center. “This borough is so strong and resilient, with so many assets, when we work together, we can affect a lot of change.”

The summit brought together politicians, academics, students, activists, community members, and local media. There were separate panel discussions on the environment, immigration, and economic justice.  Among those in attendance were BronxNet TV host Rhina Valentin, City Council Member Marjorie Velázquez, State Assemblymember Kenny Burgos, and former New York City schools chancellor Meisha Porter, Ed.D, as well as several community groups, including Youth Ministers for Peace and Justice, Drew Gardens, and South Bronx Unite. A musical performance by Yacouba Sissoko introduced audience members to the kora, an ancient guitar-like instrument from Mali that is usually handed down to family members over generations, with the traditional music being taught by a family elder. In addition, CCEL Assistant Director Kujegi Camara recited her poem, “A Prayer in Community, For the Bronx.” 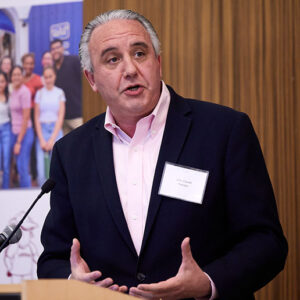 “When I got my position here, I jokingly said I haven’t gotten far in life because I was born on a 180th and Hughes, went to Fordham University, and now I work at the Wildlife Conservation Society,” he said in an interview after the event. “So literally from my window, I can almost see where I was born, where I went to college, and where I spent many working years of my life.”

Calvelli said he’s old enough to remember the borough’s tougher days, which led to slower growth when compared to other boroughs. But given the speed of development in New York, fast growth isn’t necessarily a good thing, he said. 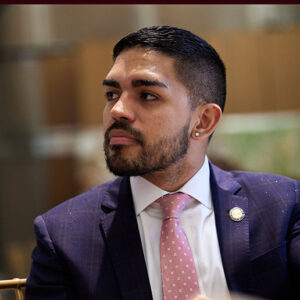 “The Bronx is probably one of the last boroughs where people of different income levels and educational levels haven’t moved on or [been]forced out,” he said. “What we were able to do at the summit, which Fordham was a driving force behind, was to help bring all these different communities, political leaders, and organizations together in a structured way to talk about the future.”

He added that having the event led by Fordham was important because it’s a nationally recognized academic institution as well as a regional force. The University brings “expertise and gravitas” to the work that needs to be done, he said.

BronxNet TV host Rhina Valentin was the master of ceremonies. 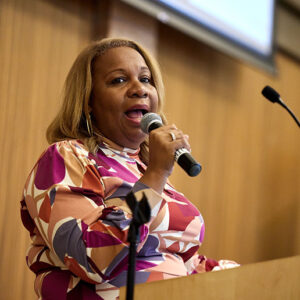 The afternoon’s keynote speaker, Meisha Porter, Ph.D., GRE ’22, CEO and president of the Bronx Community Foundation and former New York City schools chancellor, said that it should not surprise anyone that the Bronx was hit hard during the pandemic, as it has long been home to underserved communities.

“Are we surprised at what happened to us as a result of the pandemic? Absolutely not. It was just the reality becoming realer and clearer, and the reality of what systemic inequity does in crisis,” she said. “So, we need to confront systemic racism, oppressive power structures, and racist mindsets to bring about real and lasting social change.”

But, she added, the crisis also brought the community and businesses together in support of each other. 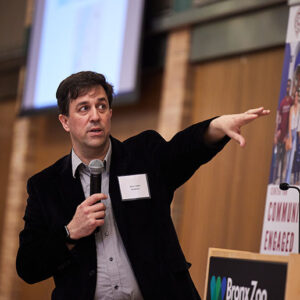 “I think the purpose of this convening is to say, as we all did together in the pandemic, ‘What do we need to do for us?’”

She said that Bronx-based institutions need to make sure that Bronxites feel as though they belong and are welcome. She tipped her hat to the Zoo, for which she said every Bronxite feels a sense of ownership.

“That hasn’t been true for every major institution in this borough, and that is the narrative we need to change,” she said, before touting the summit organizer’s efforts. “We can’t have these spaces where people from the Bronx walk by them every day and feel like they don’t have access. And that’s what this partnership and these relationships are about.” 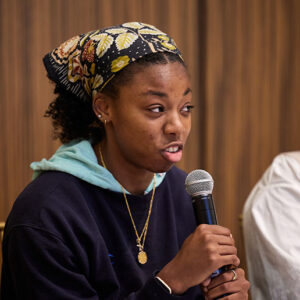 Surey I. Miranda, CCEL’s director of campus and community engagement, helped organize the event at Bronx Zoo, which is a partner in the consortium and provided space for the gathering. She said Fordham will also provide the space for the consortium’s events in the future.

“We’re the backbone entity. We can provide resources, help coordinate the consortium’s work so the group can have a greater reach and identify gaps in resources,” said Miranda.

The group has already identified several long-term goals, Miranda said, such as developing local community assets, creating a “two-way” street between the University and community members, and promoting the attainment of higher education for local Bronxites (preferably at Fordham). 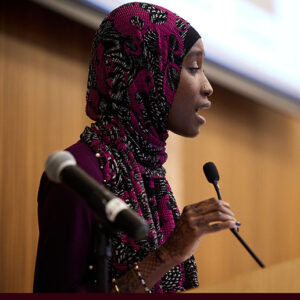 To achieve these goals, the CCEL will host workshops, professional development, roundtable discussions, and events in collaboration with community partners. One recent event was an opening for an exhibit titled “Roberto Clemente: Born Twice.” The June 10 was held at the Bronx Music Heritage Center and explored Clemente’s life as Hall of Fame baseball star through the eyes of a visiting Puerto Rican artist Pablo Marcano García. At the moment the group is also working on a back-to-school event to be held on Sept. 2.

Together, consortium members will go on site visits and attend community board meetings, some of which may be held at Fordham. The University will also offer its own resources to consortium members, such as space rentals, library workshops, sporting events, or performances. The consortium has already launched a website populated with initiatives, events, and a directory of partners.