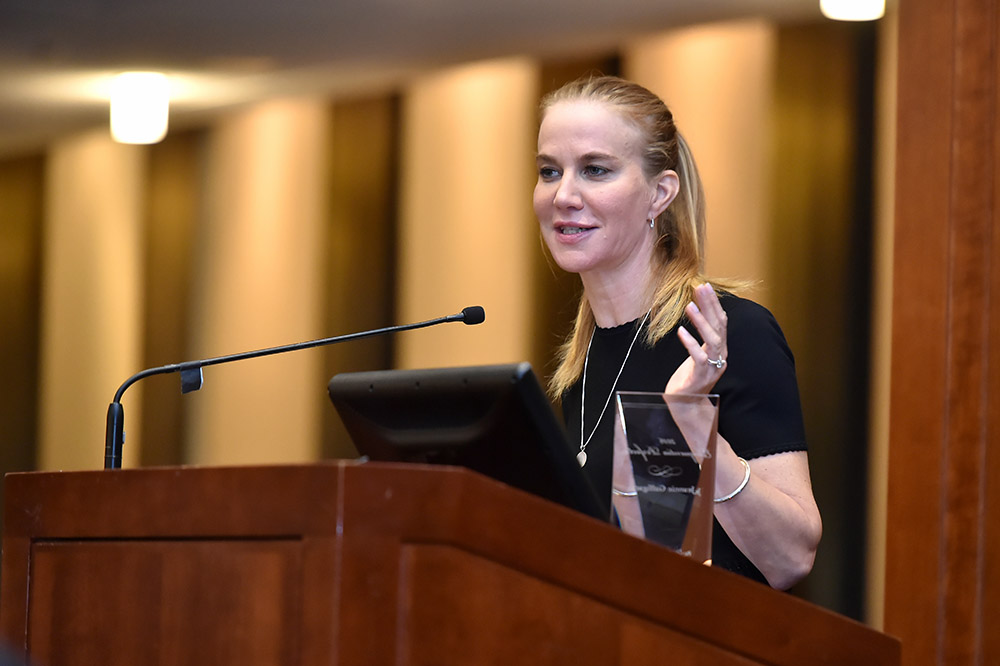 There are many ways to describe Jeannie Gaffigan, and no one would be surprised to hear “Catholic” also on that list.

Her Catholic presence in the media was honored on Oct. 14 when she received the inaugural Eloquentia Perfecta Award from Fordham’s Graduate School of Religion and Religious Education (GRE) and the Paulist Press.

The award is given to a professional whose work in the industry of communications or performing arts captures the essence of the human experience.

“We wanted to honor someone who told the true story of what it is like to be human and invites reflection upon our own experiences,” said Colt Anderson, Ph.D., dean of GRE. “Jeannie, you spread your faith with the perfect pitch for our contemporary time.”

Sign up for our e-weekly, Fordham News.
Gaffigan has a large repertoire of work both in front of an audience and behind the scenes. She began her career as a stage actress but shifted to writing when she decided to help a friend—her future husband Jim Gaffigan—with his comedy routine.

Since then she has been writing, directing, and producing comedy shows, including her autobiographical TV Land hit series, The Jim Gaffigan Show, which has received acclaim for expressing the Gaffigans’ Catholic faith openly and honestly.

“We show what it’s really like to be Catholic and living in today’s society,” said Gaffigan. “We didn’t want to portray a Catholicism that was hidden or watered down for the audience. What you see is what you get.”

The TV show’s fictionalized version of her family, Gaffigan said, illustrates “a household of faith in one of the most culturally diverse places in this country, New York City,” and the struggles that lifestyle incites.

“Our household is not a perfect place,” she said, “and we wanted to show that. We wanted to cast a light on the flaws that are a part of every human experience, and show how we grow in goodness through our triumphs, even if we don’t always know it.” 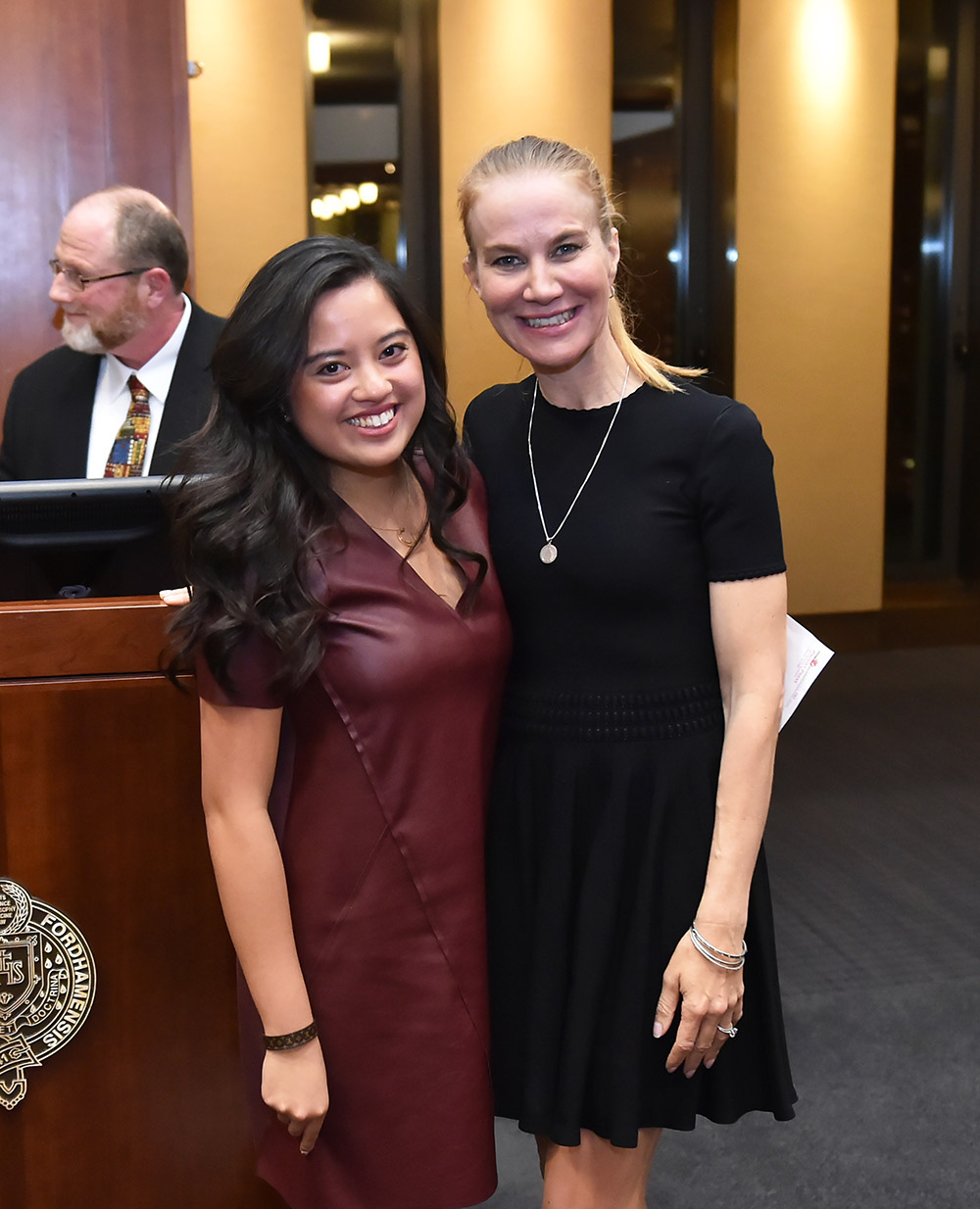 The name of Sakdalan’s blog is “Be Fat, Be Happy.”

Through her work as a comedy writer, Gaffigan said she aims to bring communities closer together through their doubts, mistakes, and insecurities.

“People don’t live in a vacuum; there will always be something that offends or upsets someone,” said Gaffigan. “I want to show how people can come together through their flaws, and rise above their doubts through resilience and compassion.”

Gaffigan said that her work is inspired by the words of St. Ignatius of Loyola, founder of the Society of Jesus: “Love ought to manifest itself in deeds rather than in words.” She tries to “evangelize creatively and subtly,” spreading her faith in a humorous and reflective way that does not alienate her audience.

“No one likes a preachy story, which is why it’s important to embody your mission into your actions,” she said.

In lieu of accepting her speaker’s fee, Gaffigan asked that equivalent monetary aid be presented to a Fordham student who reflected the values of the Eloquentia Perfecta Award. The recipient was Caitlin Sakdalan, FCLC ’18, a Film and Television Major, who has started her own food blog and hopes to be a food connoisseur in the media.

Listen to Gaffigan comment on how their show deals with the pressures of contemporary celebrity culture: