skip to main content
Return to Fordham University
You are at:Home»Colleges and Schools»Graduate School of Religion and Religious Education»Adviser to Pope Francis Brings an Urban Pastoral Discussion to Campus

In his September 2015 homily at Madison Square Garden, Pope Francis spoke to New Yorkers about the role of faith in big cities—places that enjoy a wealth of diversity, cultures, languages, and traditions, yet often hide their “second-class citizens” on the peripheries.

Watch a full recording of Father Galli’s talk here.
On March 31, Carlos María Galli, STD, a priest from the Archdiocese of Buenos Aires and a close theological adviser to Pope Francis, echoed the pope’s homily during a two-day visit to Fordham. The event, was sponsored by the Graduate School of Religion and Religious Education and was the first stop on Father Galli’s tour of American Jesuit universities.

“We’re living in a new moment of the history of the city,” said Father Galli, the dean of the theology faculty and director of doctoral studies at the Catholic University of Argentina. “In 1810, only London surpassed one million inhabitants. By 1910, 10 cities did. Today, there are about 500 cities worldwide with populations of larger than one million,” and more than 30 of these cities are “megacities,” with more than 10 million inhabitants.

Father Galli is a member of the International Theological Commission, a group of theologians who serve as advisers to the pope. He collaborated with Pope Francis for the final document of Aparecida, one of the main sources of Pope Francis’s vision.

Father Galli has been a close theological collaborator with the pope since the latter’s days as Jorge Bergoglio, SJ, archbishop of Buenos Aires. He is an expert on Lucio Gera, the father of teología del pueblo, or liberation theology, a school of theology that emphasizes a “preferential option for the poor” and has influenced much of Pope Francis’s pastoral ethos.

“We are called to meet the other—the known and unknown, the similar and the different,” Father Galli said. “Faith promotes a culture of urban encounter, and a Catholic university must be a school of encounter.”

He recalled the Madison Square Garden homily, in which the pope urged the faithful to notice those who go chronically unnoticed. 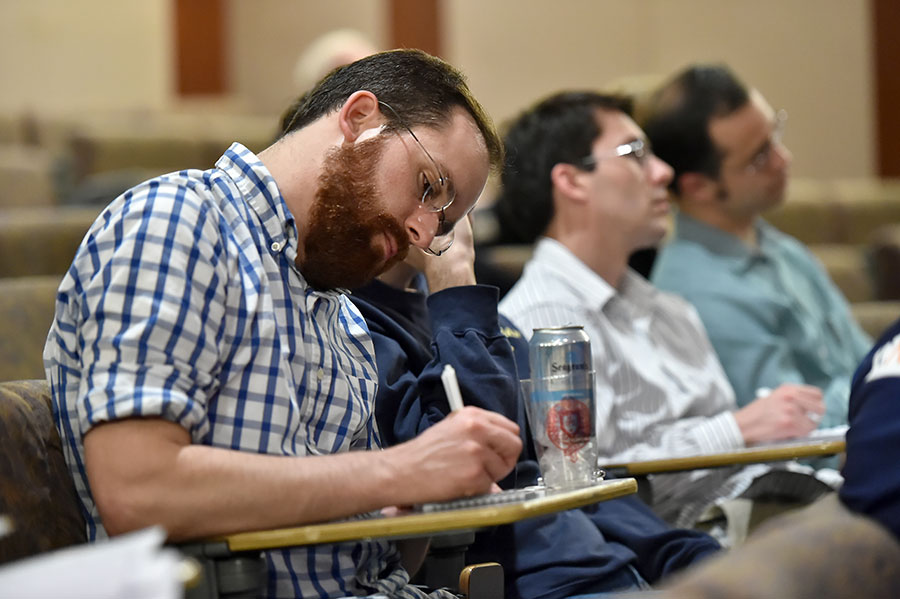 “Beneath the roar of traffic, beneath the ‘rapid pace of change,’ so many faces pass by unnoticed because they have no ‘right’ to be there, no right to be part of the city,” the pope had said.

“They are the foreigners, the children who go without schooling, those deprived of medical insurance, the homeless, the forgotten elderly. These people stand at the edges of our great avenues, in our streets, in deafening anonymity. They become part of an urban landscape which is more and more taken for granted, in our eyes, and especially in our hearts.”

The task of city-dwellers, whether in Buenos Aires or in the Bronx, is to draw those who are forgotten from the periphery to the center, Father Galli said. Local parishes can rely on the church’s guidance in going about this daunting task, but they ought to draw also on their own wisdom.

“[The idea is not] to return to centralism,” Father Galli said. “The pope does not want to impose from Rome—or from Latin America—a particular pastoral, urban model for a local church. Rather, the local church should hear his challenge and then find its own creative ways of exercising an urban pastoral ministry.”

The first step for faith communities in including the excluded, Father Galli said, is to “draw near to” them—to meet them at the peripheries.

“Only a church that can gather around the family fire remains able to attract others,” he said.

The March 31 lecture was the last of four discussions that Father Galli led on both campuses over a two-day visit to Fordham.