skip to main content
Return to Fordham University
You are at:Home»Inside Fordham»Building a Lasting Partnership with Sandy’s Victims

Michael A. Martinez, FCRH ’13, a philosophy and psychology double major with a concentration in American Catholic studies, was interning at the Office of Campus Ministry when Hurricane Sandy hit last October. 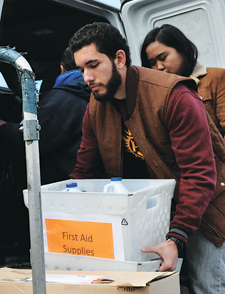 Michael Martinez, FCRH ’13, was on the front lines collecting items for donations last November, and was a frequent volunteer
Photo by Joanna Klimaski

Almost immediately, he said, the office received a flood of inquiries from members of the Fordham community looking for ways to help.

“At that point, we didn’t really have trips set up or even damage assessments of what was needed. We just had this list filled with names of people who were ready to give their time and energy. That moved me,” he said.

The Miami native soon found himself back on the Atlantic coast as one of the many Fordham volunteers who alternately delivered food, clothes, and supplies to the Kingsbridge Armory, and who boarded buses bound for Breezy Point, Queens, and other afflicted areas.

Organized by Fordham’s Campus Ministry Office and the Dorothy Day Center for Service and Justice, more than 400 students, alumni, and employees got involved in volunteering regularly. The University has sponsored more than a dozen Sandy Saturdays, each trip attracting between 30 and 70 volunteers. Often times, the organizers had to turn students away.

The biweekly trips, ongoing since the hurricane hit, are an effort by the Fordham community to help rebuild the stricken communities not just through one volunteer day, but through a sustained relationship with Sandy survivors. 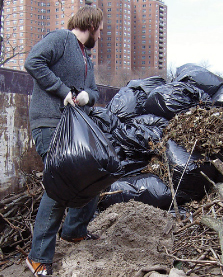 “For me, it was foundational,” she said. “Being able to offer Habitat a guaranteed number of volunteers made us reliable; it meant if they had a big project, Fordham could do it.”

Next, university publicity and recruitment efforts attracted students to the volunteer Saturdays. Moved by a friend’s volunteerism, Dan Mullen, a Fordham College at Lincoln Center junior, went on Sandy Saturday twice, once to Breezy Point, Queens, and again to Brighton Beach’s Guardian Angel Parish, where he cleared away uprooted trees.

“It was eye-opening to see a house with its side completely torn off, dishes still on the table,” he said. “And to realize that, even though we had been safe, others had their lives upended.”

Martinez, who made the volunteer trips several times, recalled gutting a house owned by a retired teacher and disposing of her books and furniture. “It was a very emotional experience, for her and for us.” 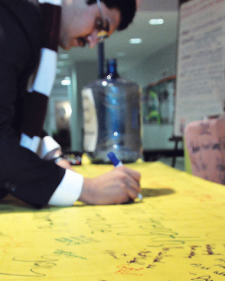 Gil Severiano, a Campus Ministry administrator and herself a volunteer, said that, unlike many other metropolitan-area universities, Fordham’s efforts are “committed to being out there long-term.”

“This project is open-ended.” 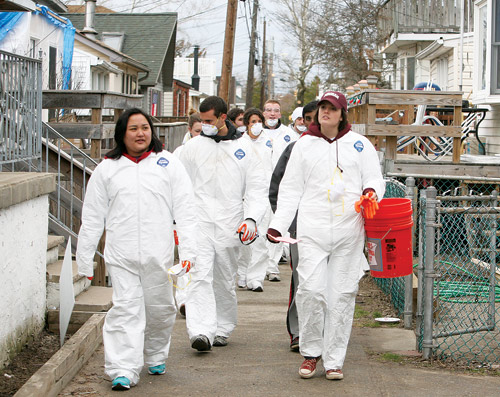