skip to main content
Return to Fordham University
You are at:Home»Colleges and Schools»Graduate School of Education»Building A High School for Girls in Kenya

All photos courtesy of Every Girl Is Important.

The families were hoping to enroll their children in a new high school for disadvantaged Kenyan girls that Rodriguez has been raising money to build.

During the visit, a single mother told Rodriguez that she was recently faced with a tough decision: As she could only afford one tuition, which one of her four teenage girls would she send to school?

“She chose the eldest girl, but the second girl was also a brilliant kid,” said Rodriguez. “When the mom said that, the other girl started crying hysterically and ran away, because she wanted to go to school, too.”

Rodriguez said the experience made her realize how strained the education system is in rural parts of Kenya.

In some cases, a girl as old as 16 will remain in elementary school because there are no other options for schooling. 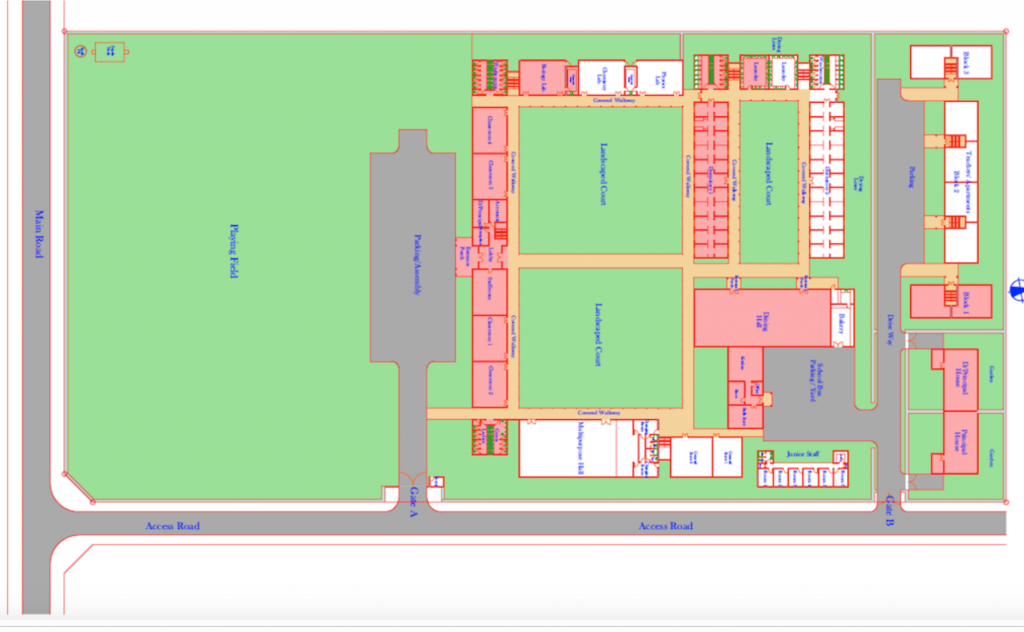 An architectural design of the boarding high school in Western Kenya.

The nuns from the Assumption Sisters of Eldoret, acquired land on which to build a school for high school girls. The project is already registered with the Kenyan government. Rodriguez started an Every Girl Is Important campaign to build the secondary boarding school.

Because many of the girls live far away from the site and can’t afford transportation to get there every day, Rodriguez, who will be serving as the project’s director, said arrangements are being made to house them on school grounds.

If all goes well, Rodriguez hopes to construct four classrooms and a dorm this fall. She said it would take about three months to build the boarding school, which is expected to be opened in January 2018.

“For many of these girls, this is their only hope to change their lives,” said Rodriguez, who explained that Kenyan girls face the obstacles of gender discrimination, abuse, high levels of HIV/AIDS, child labor, and child marriages. “Their parents cannot afford to send them to high school, so that’s often the end of schooling for the girls.”

In partnership with GSE, Rodriguez has produced a documentary narrated by Harvard scholar, critic, and producer Henry Louis Gates Jr. to bring attention to Every Girl Is Important, a 5013c organization she started to help build the school.

The 20-minute documentary features interviews with some of the girls who want to attend high school. Rodriguez said the goal is to present their challenges and show how the Every Girl Is Important project seeks to improve their prospects for the future.

“If you listen to every girl that we interviewed in the documentary, they say that they want to come back and help their family and their community [when they’re done with school],” she said. “They want to be nurses, doctors, engineers, and lawyers.”

According to the UNESCO Institute for Statistics and the Education for All Global Monitoring Report, at least 1 million Kenyan children are denied the chance to attend school.  In 2008, almost all children in Nairobi from well-to-do households had been to school. Some 55 percent of poor girls living in the North Eastern part of the country had never been to school, compared to 43 percent of poor boys, according to the report. 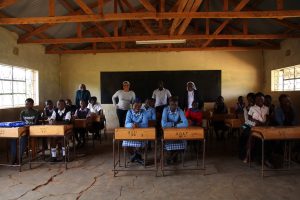 Diane Rodriguez, Ph.D., with elementary school Kenyan girls and nuns from the Assumption Sisters of Eldoret.

With help from a Fordham Faculty Fellowship, Rodriguez will be training East African educators during the fall semester of 2017. She said she hopes to learn more about the academic hurdles facing the Kenyan community.

“[This]  would not only help train educators in Kenya in the areas of bilingualism and inclusion of individuals with disabilities, but it would also inform the research on how language and culture influence the formation of teacher identity,” she said.

As part of the fellowship, Rodriguez said she will also be helping to prepare, plan, and implement a program of study for the Eldoret boarding school. She seeks to create a “solid and rigorous academic curriculum” that incorporates technology, and prepares the girls for college.

“I want girls to have opportunities to excel in life,” she said.