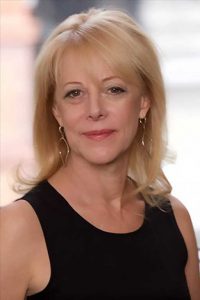 Anyone who thinks the United States has settled the security versus liberty debate in the War on Terror should turn his or her gaze to a U.S.-run prison on the south shore of Cuba, said Karen Greenberg, director of the Center on National Security at Fordham Law.

“There are five people in Guantanamo who are charged with the 9/11 attacks, and we’ve never tried them in court. We have not figured out a way to try them, because we did not focus on justice—we focused instead on security,” she said.

“We have a situation where our country was tragically and devastatingly attacked [and]we think we know who did it—we have the perpetrators in custody. [But] we can’t do anything about it, because we allowed a weakening of our court system after 9/11.”

This failure of military commissions to adjudicate prisoners at the Guantanamo prison, coupled with the refusal of Congress to allow them to be tried in civilian courts, is one issue Greenberg explores in Rogue Justice: The Making of the Security State (Crown 2016), released on May 24.

The book details ways in which previously unthinkable “rogue policies,” like the NSA’s spying on U.S. citizens, indefinite detention, and torture, were embraced and implemented in secret. And it’s not just freedom that Americans have given away to feel safer; it’s justice, too.

“The people who created this country and who wrote the Bill of Rights knew what they were talking about,” she said. “Compromising those protections—for whatever reason—is a threshold we shouldn’t have crossed. It’s a mistake that’s hard to recover from.” 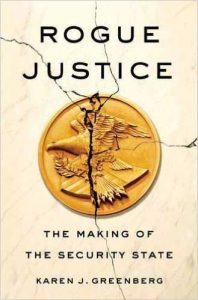 There are some areas of national security where Greenberg is hopeful. The ineffectiveness of torture has been documented in a recent Senate report, and there has been significant pushback against mass surveillance by tech companies.

But she is still concerned about the issue of indefinite detention, particularly as the country’s armed forces engage with ISIS and the Obama administration prepares to leave office.

“Guantanamo has taken us down so many bad roads in terms of our relations with other countries and our reliance upon our own legal system—it’s just been an intractable problem in so many ways. It’s something that former President Bush wanted to close, its something Obama has wanted to close,” she said.

“Keeping it open at this point would prove dangerous, given we’re entering a new phase of the war on terror.”
She said that when Americans allow fear to drive the nation to ignore its laws, Americans actually endanger themselves more.

Greenberg will discuss Rogue Justice at Fordham Law School on Wednesday, June 1 from 6 to 7 p.m. For more information, visit the center’s event page.